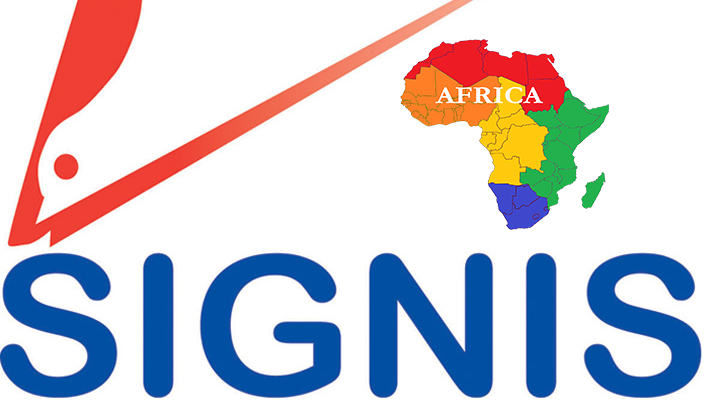 “This workshop will particularly excite the different regions of Symposium of Episcopal Conferences of Africa and Madagascar (SECAM) where Bishops Conferences have often expressed concern about the lack of opportunities for formation for interested Catholics, not only media professionals and practitioners, who wish to participate in news reporting and can be powerful channels for conveying good news about Africa to a world that needs it so much. It constitutes a pastoral initiative which the mission of the Church could greatly benefit from,” said Bishop Emmanuel Badejo of Oyo Diocese, President of the Pan-African Episcopal Committee for Social Communications (CEPACS) during the November 30 launching ceremony.

The prelate noted that it is imperative that Africans tell their own stories giving the alternative side that takes the power of manipulation away from the big players.

“While the entire world can see our woes and tragedies from afar and easily report them as it wishes, it is up to us and in our own interest to tell “the participant’s story,” the alternative narrative, the complementary account that takes the power of manipulation away from the big players and determines in a way what the true story is. We do not create the news; we simply bring it closer to the truth of what occurred,” he said.

Bishop Badejo further challenged SIGNIS Africa to replicate the training and extend it to other young agents of evangelisation in Africa such as seminaries, novices in religious congregations and others.

“I also hope that workshops such as this can be replicated for other youth in Africa who have other pastoral or ecclesiastical vocations and assignments in a manner that is tailored to their purpose, namely priests, religious, seminarians and catechists. That way I think that a new generation of competent agents of hope might emerge in the Church in Africa to animate a new continental information order,” Bishop Badejo said.

For his part, President of SIGNIS Africa, Professor Fr. Walter Ihejirika of Nigeria said the SIGNIS Africa executive board were inspired to organise the training by the pastoral teaching of Pope Francis.

“The inspiration for this programme derives from the pastoral teachings of Pope Francis. Based on his homilies and speeches, Pope Francis has often been called the Pope of Mercy. We see him also as the Pope of Hope because the theme of hope resonates through his pastoral teaching. This workshop tries to concretise this important aspect of the papal teaching,” President of SIGNIS Africa, Professor Fr Walter Ihejirika said.

The 40 young persons, most of whom already work for Catholic dioceses, or Catholic media houses, are divided into two groups of twenty each according to either French or English speakers.

Ten of some of Africa’ seasoned Catholic media practitioners will take turns to share their knowledge and skills with the young people. Emphasis will focus on the use of smartphones and other digital tools to help the participants craft better African stories of hope.