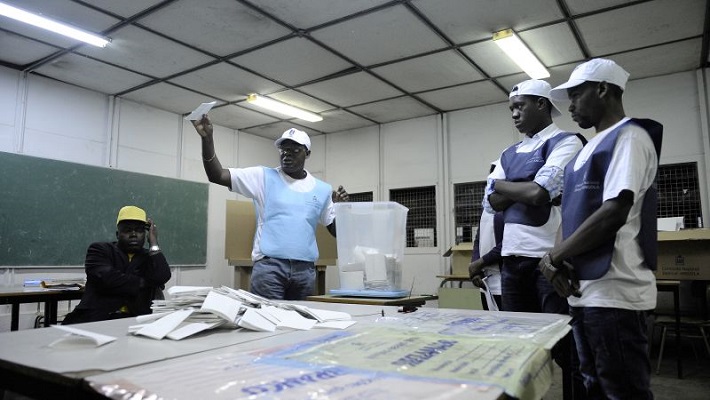 LUANDA, AUGUST 23, 2022 (CISA) – Most Reverend Dom José Manuel Imbamba, Archbishop of the Catholic Archdiocese of Saurimo asked the ruling party, The People’s Movement for the Liberation of Angola (MPLA), to create more spaces for dialogue with the Churches and civil society to help in good governance, should the party win the forthcoming elections.

Speaking at a meeting held on August 19 in Luanda by the Office of Citizenship and Civil Society of the MPLA, in which the Government Program and the Electoral Manifesto of the party were presented, the president of the Episcopal Conference of Angola and São Tomé (CEAST lauded the reforms being undertaken in the country by the ruling party.

His sentiments come at a time when the faithful in Angola are praying for a Novena launched by the bishops ahead of a closely contested General Election slated for Wednesday, August 24.

The context of the Novena of Prayer for Elections in the country is, “that they may be free and fair, that the whole process related to it may be impartial, that Angolans may be more and more honest patriots, and thus our country may develop, fulfilling the aspirations of its sons and daughters, as God wishes.”

“Our country is involved in a General Election, through which we will choose those who will govern us, not by hindering but by promoting the conditions for us to grow, to multiply, to develop our talents, and to use properly the many resources God has blessed us with. So, the Electoral Process is very important and all of it must be conducted very seriously. Therefore, rooted in our faith and guided by the doctrine of the Church, we present to God our prayers,” explained the bishops.

Presidential candidates concluded campaigns on Monday, August 22, in election pundits view as the “most competitive elections ever in Angola’s history.”  More than 14 million Angolans have registered to vote and will elect the president and 220 members of parliament.

According to reports by local and international media outlets, the longtime opposition party, the Union for the Total Independence of Angola (UNITA) has been showing considerable momentum after receiving backing from several major opposition figures and its presidential candidate, Adalberto Costa Junior is looking to end the Peoples’ Movement for the Liberation of Angola, (MPLA), the ruling party’s 47-year run through which President Joao Lourenco is gunning for a second five-year term.