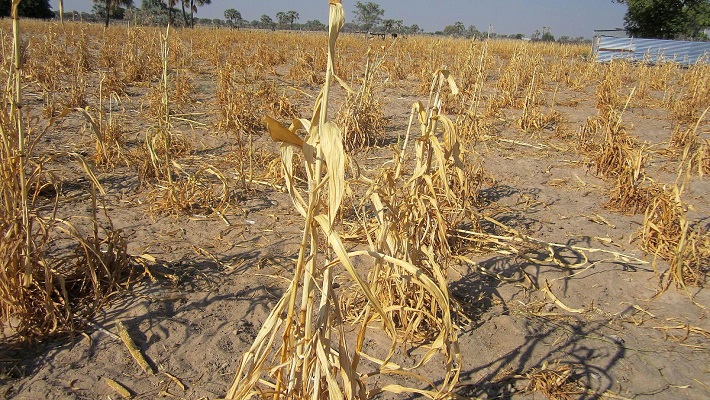 LUANDA, MARCH 18, 2022 (CISA)– “This is not the first time that we ask the executive to declare a state of emergency that allows to bring aid to the population and allow them to get back on their feet,” Bishop Stanislao Chindekasse of Dundo, vice president of the Episcopal Conference of Angola has said.

While reiterating calls by the bishops urging the government to deal with the server drought in the country, Bishop warned that citizens risk suffering from serious problems of food insecurity and malnutrition.

“We bishops have long been pointing out that the south of the country is living in conditions of extreme fragility: it has not rained for a long time, there is a serious famine, the cattle cannot find food and people and farmers do not work and live in poverty,” he said.

The bishop described the condition as “a very serious crisis”. It is the worst drought situation to every hit the country in 40 years.

“Our means are now insufficient, the national Caritas and the aid agencies are not able to help us and the situation is very worrying,” he said noting that “For years, the southern regions have been experiencing a very serious crisis which has led tens of thousands of people to flee to neighboring Namibia to remedy a situation of real famine. We repeated this request to the central government but we have not received an official response.”

“On the contrary, several journalists and opinion leaders have attacked the Church, accusing it of interfering in matters that do not concern it. But how can they ask us not to deal with people’s problems? It is hard to deny that what we say is true. In addition, almost the entire population is with us and approves of the position of the Church, because it is in direct contact with the people and knows their suffering,” he said.

According to ReliefWeb, the southern provinces of Angola are experiencing the fifth consecutive year of drought conditions and the worst in the past 40 years. This year alone 400,000 children are projected to be acutely malnourished and the prevalence of global acute malnutrition in some provinces are already above emergency thresholds.

Provinces of Huila, Namibe and Cunene in Angola have been among the hardest hit by intermittent locust infestations and a drought that has put 1.58 million people at risk of severe hunger.