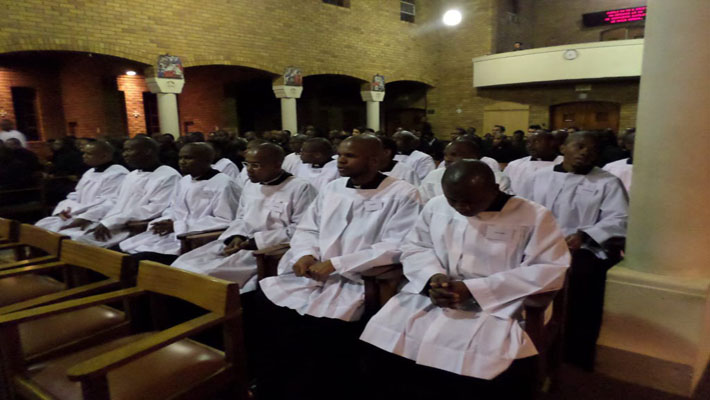 LUANDA, AUGUST 20, 2019 (CISA)-Fr Dumisani Vilakati, in charge of the pastoral department of Inter-Regional Meeting of Bishops of Southern Africa (IMBISA) has called on episcopal conferences in the region to set up policies for proper care of the clergy.

“It is a pity that after a hundred years since Pope Benedict XV’s 1919 apostolic letter “Maximum illud” on the Church’s missionary activity, not even one episcopal conference in the IMBISA region has created a policy on the proper care, material and financial support for members of the clergy,” he said.

Addressing the first congress of the clergy held by the bishops’ conference of Angola, Sao Tome and Principe on August 17 in Luanda, Angola, Fr Vilakati said that lack of policies and financial support has caused, “…anxiety among members of the clergy, who more often than not embark on self-help projects to make ends meet.”

“…this may hamper the work of the Church as more time and energy are spent on projects and activities that are at times foreign to the missionary spirit expected of the clergy,” he added.

While noting that the episcopal conferences in southern Africa, mostly make their own arrangements for the sustenance and remuneration of priests, he added that, “some priests fall in the cracks.”

“This is especially true when it comes to the giving of regular monthly allowances, holiday allowances and medical assistance.”

“There is, in the main, a stable figure that gets paid to the priests every month but monthly stipends and other allowances vary among different conferences,” he said.

Fr Vilakati called on dioceses to establish a fair system of sharing resources with transparent administration.