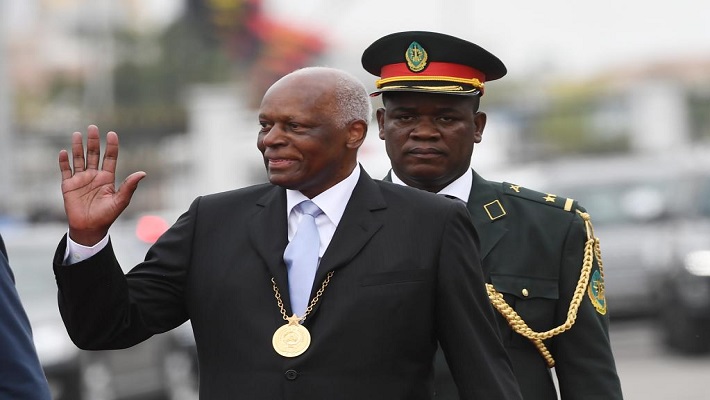 LUANDA, JULY 12, 2022 (CISA) – Pope Francis has, through the Vatican Secretary of State, Cardinal Pietro Parolin, on July 10, sent a telegram to Angolan President João Manuel Gonçalves Lourenço, following the demise of the former head of state José Eduardo dos Santos who passed away on June 8 at a hospital in Spain.

“At this time of national grief for the death of former president José Eduardo dos Santos, the Holy Father wishes to ensure the dead’s family, the authorities and the people of Angola of his cordial solidarity,” read part of the telegram by the Holy Father and which eulogizes the retired president as an, “illustrated statesman who spent to the construction of the homeland.”

A cloud of uncertainty and speculation surrounds the death of the former head of state who is celebrated for bringing peace and stability to a country that was war-torn for a long time. He went on to rule the people of Angola for 38 years before he stepped down for his preferred successor, His Excellency, Honorable João Lourenço in 2017.

He left for Spain in 2019 to seek medical attention, never to return owing to his run-ins with the government of the day on corruption charges during his reign as president and those close to him including his children incriminated in the inquest, which they termed as a political witch-hunt.

Despite his misgivings, he is lauded for his acceptance during his final speech as President of the Peoples Movement for the Liberation of Angola, (MPLA) party in 2018 where he reportedly said, “There is no human activity without errors, and I accept that I too made some…”

According to local and international media outlets, His Excellency João Lourenço celebrated his predecessor as a ‘unique figure of the Angolan homeland’ and ‘a great patriot, who gave his whole life for the good of Angola and the Angolans.’

The president who declared a seven-day mourning period spoke to the press at the end of an MPLA emergency meeting and revealed, “Our focus at this time is on the organization of the funeral ceremonies and, in principle…”

The United States via a press release sent out by the Department of State, eulogised the 79-year-old saying, “He played a consequential role in Angola’s history, during its struggle for independence, as Foreign Minister, and as President…Following Angola’s long and painful civil war, dos Santos oversaw the country’s remarkable reintegration and transition to peace during the complex post-colonial era.”

“While remembering, invocates from almighty god, eternal peace for his soul and abundant gifts of divine consolation for those who grieve his death and of tiltless courage for all who work for unity and progress of the nation,” the Pope prayed in his telegram message.