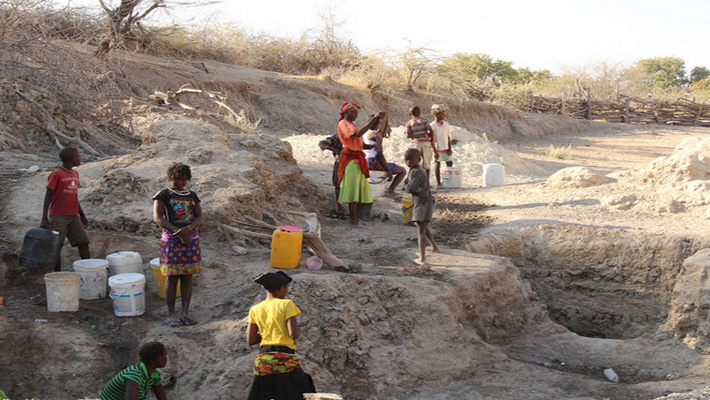 ONDJIVA, DECEMBER 10, 2019 (CISA) – The United Nations Resident Coordinator for Angola, Paolo Balladelli, has called on the international community and humanitarian organizations to scale-up their support for people living on the frontlines of the climate crisis in southern Angola.

“Southern Angola is experiencing the devastating consequences of climate change. Temperatures in 2019 were the highest in 45 years and drought is driving increasing hunger and malnutrition, especially in Cunene, Huíla, Bié and Namibe provinces,” said Mr. Balladelli, December 8 during a mission to Cunene Province.

Mr. Balladelli visited the region with the head of the UN Office for the Coordination of Humanitarian Affairs (OCHA) in Southern and Eastern Africa, Gemma Connell, and representatives of FAO, UNFPA, UNICEF, UNDP, WFP and WHO, to see first-hand the situation and response, including projects funded by the United Nations Central Emergency Fund (CERF) to address acute humanitarian needs.

According to the UN Office of the Resident Coordinator – Angola, the number of people in need of humanitarian assistance in Angola reached 2.3 million at the height of the drought this year. In Cunene alone, at least 80 per cent of the population, some 860,000 people, needed urgent support.

“This is three times more than at the beginning of the year… Thanks to CERF’s generous funding, we have been able to reach more than 640,000 people with vital food, health, nutrition, water and hygiene interventions in the four provinces hardest-hit by the drought. The project complements the Government’s own efforts to respond to this dire situation and save lives. However, more must urgently be done,” he added.

“Today, we are calling for resources to respond to the immediate needs of drought-affected communities. However, as we strive to save and sustain lives and livelihoods in the immediate-term, it is imperative that we also invest in building communities’ resilience to face shocks in the future,” said Balladelli.