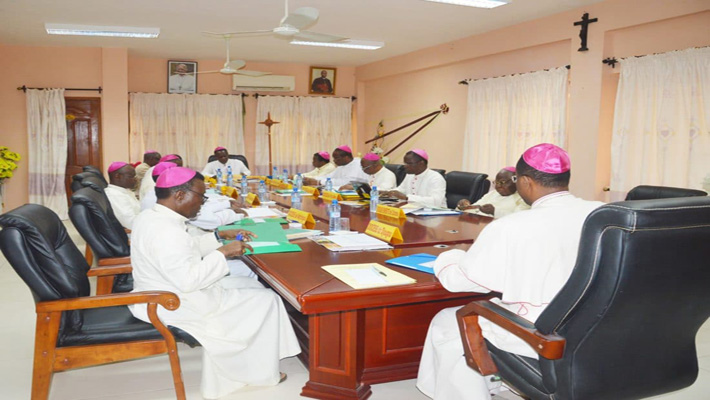 COTONOU, JANUARY 14, 2020 (CISA)-The Episcopal Conference of Benin (CEB) has called on religious leaders, parents and educators to join hands in rescuing alcoholic youths in the country.

The bishops expressed their concern about excessive consumption of alcohol by youth.

“In this country as in several countries of the West African sub-region, small sachets containing highly alcoholic beverages are sold at lower prices on the street, without any regulation, causing an early addiction to alcohol among young people. In addition, there are numerous modern and traditional drinking establishments which attract young people in the evenings and weekends,” the bishops said in a statement.

The statement was released at the end of the bishops’ second plenary session of the pastoral year 2019-2020 held January 7 to 10 in Cotonou.

“By follow-up or to satisfy ephemeral pleasure, many young people destroy their health and compromise their future,” the bishops’ statement noted.

The bishops blamed alcoholism for the increase in traffic accidents and other national offences instigated by youths in Benin.

With interest in the political life of the country, the Episcopal Conference of Benin reaffirmed its readiness to mediate between the various political actors. This follows a similar offer made in June.

The announcement of the parliamentary election results by the National Election Commission (CENA) on May 1, 2019 and confirmation by the Constitutional Court on May 2, causing political unrest in the country.

Reporting on the progress of the mediation process initiated in June, the bishops said they, “took stock of the depth of everyone’s aspirations for a peaceful political climate.”

The bishops also announced their intention to celebrate the 30th anniversary of the National Forces Conference which marked the birth of democracy in Benin. One of the main actors in the birth of this democracy is Mgr Isidore de Souza (1934-1999), former archbishop of Cotonou, who had chaired the presidium of the Sovereign National Conference from 19 to 28 February 1990. The bishops plan to celebrate Mass on February 28 in Cotonou.