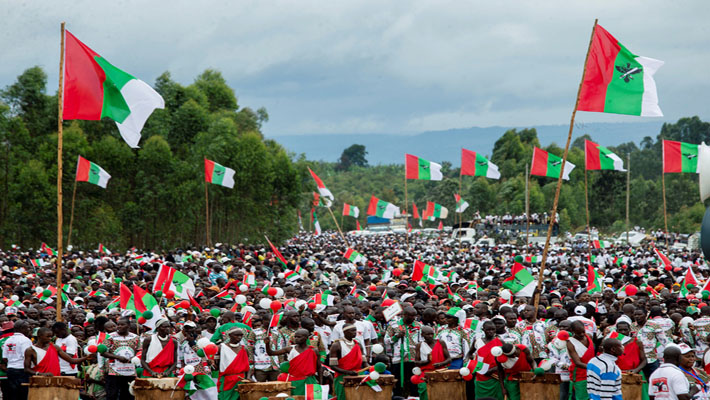 BUJUMBURA, MAY 29, 2020 (CISA)-The Conference of Catholic Bishops of Burundi has condemned election related malpractice witnessed during the May 20 General Elections.

A statement released on Tuesday May 26 following the declaration of Evariste Ndayishimiye the winner of the presidential elections, the bishops highlighted some of the irregularities committed during the elections.

“From the observations made, we recognise that the elections generally took place in a calm atmosphere. However, we deplore the many irregularities with regard to the freedom and transparency of the electoral process along with the lack of fairness in the treatment of certain candidates and voters,” the statement reads.

The Church deployed 2716 observers to oversee the elections. The observers were deployed to key polling stations due to a shortfall in number. According to a report filed by the observers, the elections were not transparent.

The bishops “deplores in particular the coercion exercised on certain proxies to sign in advance the counting of the contents of the ballot boxes, the stuffing of some ballot boxes, the voting in place of deceased and refugees, multiple and therefore invalid proxies, the fact that there were in some polling stations voters who voted more than once.”

They also condemned “the exclusion of proxies and observers from the places where the votes are counted, the intimidation and coercion of some voters by administrative officials who accompanied them to the polling booths, the intrusion of unauthorised persons into the counting stations.”

The electoral commission of Burundi declared Ndayishimiye, formerly the Secretary-General of the country’s ruling party, the CNDD-FDD was on Monday, May 25 declared winner of the presidential contest. According to the results released, he received 68.72% of the votes, while his opponent Agathon Rwasa of the National Council for Liberty (CNL) received 24.19% of the votes.

Rwasa has filed a case in the countries constitutional court challenging the presidential election. While speaking to press on Thursday, May 28 after filing the complaint, he said “appalling errors were made across the country,” adding that “no district or province was spared.”

“Faced with all these irregularities and many others, we wonder how these wont prejudice the definitive results to be proclaimed by the Constitutional Court on 4 June,” said the Bishops calling on citizens to remain calm encouraging losers to seek redress from the courts.