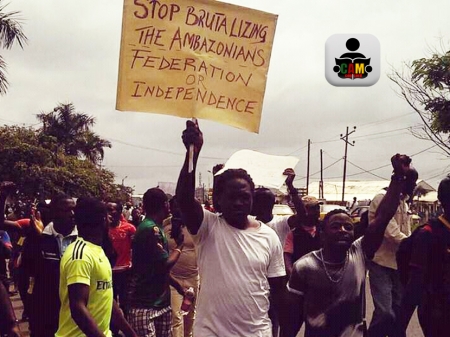 YAOUNDE, MAY 11, 2018 (CISA)– The International Crisis Group (ICG) has urged the Catholic Church to mediate the Anglophone crisis which has seen the loss of more than 100 civilians and 40 security officers in the country.

The root of the Anglophone problem can be traced back to the Foumban conference of 1991 that united the two territories; the Anglophones (British Cameroon) and La Rẻpublique du Cameroun or Francophone (French Cameroun).

However, the minority in the Anglophone southwest region has felt isolated and marginalised for years. In 2016 the Anglophones took to the streets in protest but the government reacted with a security crackdown. Several protesters were killed, schools and businesses paralysed and a three-month shutdown of the internet.

Since the demonstrations flared in late 2017, security forces have killed at least 40 people. In retaliation protest became radicalised, various separatist groups formed, killing security and state officials they believed to be police informers. The president Paul Biya, has since declared war on the separatists.

The International Crisis Group is now urging the Catholic Church to mediate in the conflict. The church represents one out of three Cameroonians, it is a powerful force. However, the task is not an easy one.

“I agree, but it will be very difficult under the present circumstances,” says Buea bishop Emmanuel Busho, adding that the top authority in the country isn’t prepared to enter into dialogue. In 2016, the Catholic bishops wrote to the president detailing the Anglophone crisis but the government accused the bishops of fuelling the conflict.

Separatists on the other hand have said they will do everything in their power to prevent presidential elections scheduled for October – hoping to force the government to negotiating table.