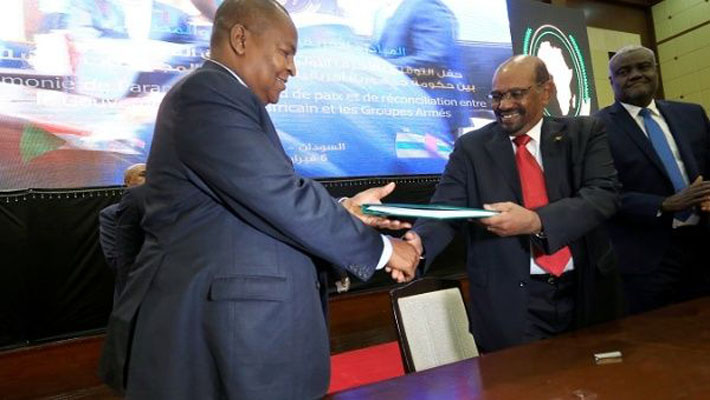 BANGUI, AUGUST 9, 2019 (CISA)-United Nations Multidimensional Integrated Stabilization Mission the UN peacekeeping mission in the Central African Republic (MINUSCA) has noted a drop in the number of violent attacks and human rights abuses in the country.

“I see a trend and I hope it will continue, but I don’t want to say that this is going to be the long-term trend,” said Musa Gassama, Director of the human rights division of MINUSCA.

“Armed groups still control the areas, armed groups are still armed, and of course despite the peace process I cannot just say it is over,” he said according to Reuters on August 8.

Bishop Nestor-Desire Nongo-Aziagbia, the President of the Central African Catholic Bishops’ Conference (CACBC) in July acknowledged that the recent peace agreement has a mechanism to bring peace in the country but rebel groups are not cooperating.

He remarked that with good will from each party, the country can be able to work out something good and come out of the crisis they are facing.

“I strongly believe that with a bit of good will from each and every one of us, we will be able to work out something good and come out of this crisis,” said the bishop.

In February 2019, the government signed an agreement—the Political Accord for Peace and Reconciliation—in Khartoum, Sudan, with more than a dozen rebel groups. Several other peace agreements to end the country’s prolonged conflict have fallen through in recent years.