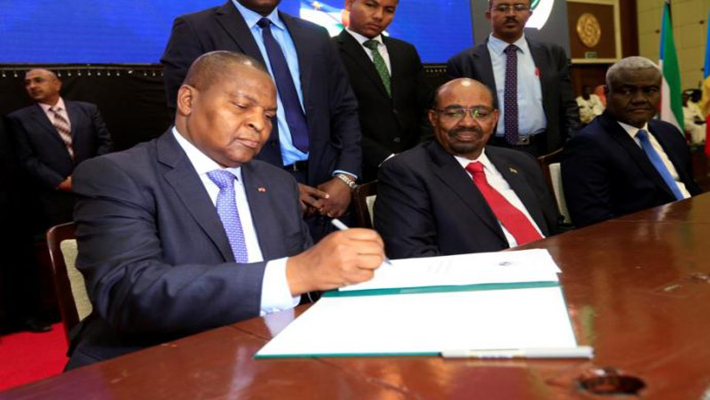 “Our bishops have condemned the presence of mercenaries from Sudan, Chad, Niger Cameroon and Uganda. If these countries wish our people to live in peace, they should take steps to stop the mercenaries coming here, along with the arms they traffic,” he said on February 6, according to the Catholic News Service.

This was after President Faustin-Archange Touadera and representatives of 14 armed groups signed a peace deal on February 4 in Bangui after a series of negotiations mediated by President Omar al-Bashir of Sudan.

According to Fr Tanga-koti, the bishops had not been invited to participate in the negotiations which were reached behind closed doors and whose contents are yet to be made public.

“Everything now depends on the attitude of the main signatories. If they merely ignore the accord in practice and continue killing, it will have achieved little,” said Fr Tanga-Koti.

Tanga-Koti said the nation, “…desperately needed peace,” although the bishops had warned against. “…any agreement which merely contains germs of a new conflict.”

“There’ve been many cases in Africa where groups have committed to peace while keeping hold of massive arms stocks… Our problems are highly complex, so the signature of an accord isn’t a reason by itself to dance, rejoice and proclaim a new dawn.”