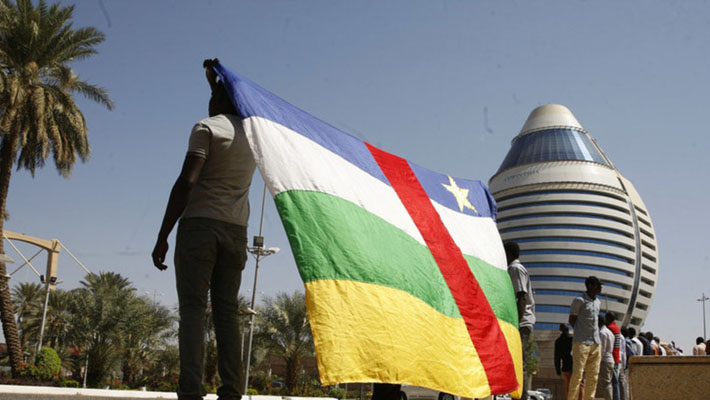 During the meeting, the head of the Minusca insisted on the necessity of combined effort, towards bringing to fruition, the February 6 peace agreement signed in Khartoum, Sudan.

President Touadéra signed a peace agreement with 14 armed groups, in which the parties pledged to refrain from using arms to settle their differences.

For the past few years, Cardinal Nzapalainga, Imam Kobine and Pastor Nguerekoyame have been in the forefront in championing for peace in the Central African Republic.

In 2016, they created the “Interfaith Partnership for Peace building in the Central African Republic”, supported by several Christian and Muslim NGOs.

Archbishop Nzapailanga worked with young people both Christians and Muslims of the Castors and Yakité neighborhoods of Bangui, the capital of Central African Republic in March, to sign a peace agreement that would show their commitment to co-exist peacefully.

The new Minusca chief, who was appointed to his position February 6, is now tasked with the job of to restoring the image of U.N Peacekeeping troops who the Catholic Church has repeatedly criticized for ill behavior.

“We deplore the duplicity of certain contingents [of the Minusca] who leave the situation to deteriorate under their eyes as if they were taking advantage of it,” wrote the Central African bishops in a message published January 13 at the end of their plenary assembly.