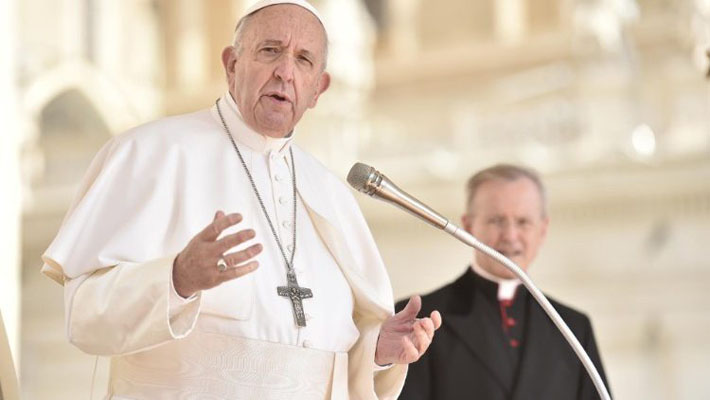 “Today I would like to remember sister Ines,77, educator of poor girls for decades, barbarously killed in Central Africa in her room where she taught how to sew, an extra woman who gives her life for Jesus at the service of the poor,” Pope Francis said in his greetings to French-speaking pilgrims at the General Audience in Vatican.

Pope Francis described Sr Ines as, “A woman who has given her life for Jesus in the service of the poor.”

Sister Inés Nieves Sancho was found murdered near her home in the Central African Republic on Monday morning.

Her mutilated body was discovered at her workshop where she regularly held sewing lessons for local girls to help improve their lives.

Sr Inés had dedicated her life to teaching children, especially girls, to sew in order to learn a trade and make a better life for themselves.

She was buried on Tuesday, May 21.