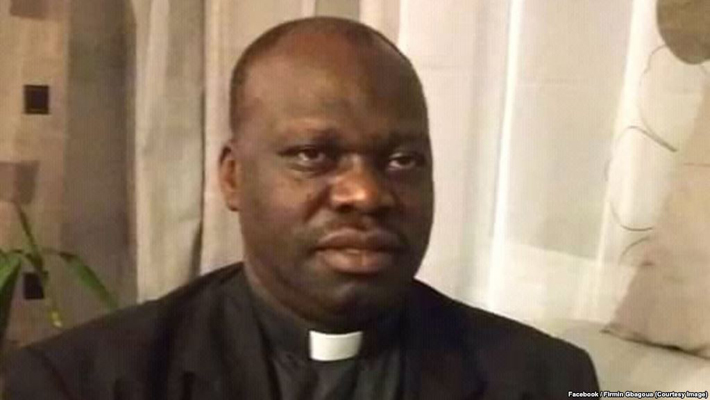 BAMBARI, JULY 3, 2018 (CISA)-The Vicar General of the Diocese of Bambari, Fr Firmin Gbagoua, was murdered on Friday June 29 at Saint Joseph Cathedral during an attack attributed to members of the Union for Peace in the Central African Republic (UPC).

Fr Firmin who was the local diocesan Caritas director in Bambari is the sixth priest killed following an increase in violence in the region.

The UPC generally composed of Fulani Muslims, on Friday night shot Gbagoua, in the abdomen while he was dining with his colleagues. He was rushed to hospital but succumbed to his injuries.

Fr Mathieu Bondobo, rector and pastor of Our Lady of the Immaculate Conception Cathedral in Bangui, confirmed the news of Gbagoua’s death to Vatican News.

“Nobody is protected in this country, but the church will not be silent,” Fr Bondobo said.

“The murder of Fr Firmin reflects the tragedy of the Central African Republic. The country has suffered too much. The establishment of peace and security is essential,” said Caritas International Secretary General Michel Roy.

Fighting between armed groups and militias has been increasing in the north of the country with the UN peacekeepers and the church most targeted.

The Central African bishops in a letter published at the end of their extraordinary assembly on June 24 expressed concerns on the latest upsurge of violence.