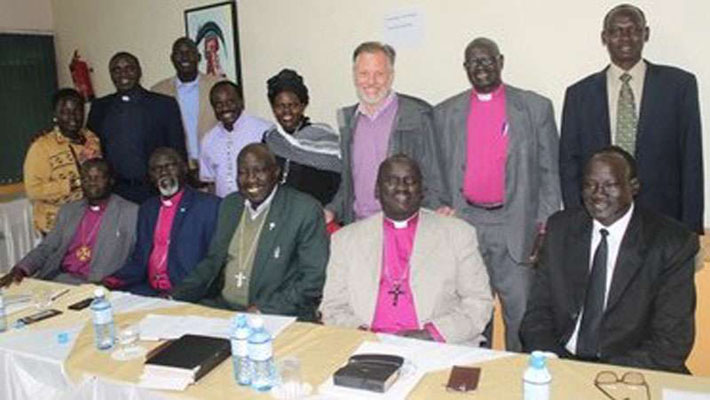 JUBA, JUNE 23, 2020 (CISA)-South Sudan Council of Churches (SSCC) has strongly deplored the increase loss of lives and destruction of properties of populations already impoverishes by conflicts in the country.

“We strongly denounce the recent and on-going violence in Greater Jonglei, Ruweng, Warrap, Greater Yei, Lakes and other places in the Republic of South Sudan including Gumba Sherikhat,” reads the June 17 statement.

The appealed on citizens to embrace peace and harmonious coexistence inviting them “in all their diversities to repent of their sins, forgive one another and reconcile with God.”

The clerics said are saddened by the escalation of violence in nearly all states of the country thus calling upon the Revitalized Transitional Government of National Unity (R-TGoNU) and all the opposition groups to bring the violence to an end.

“We call upon all our political leaders in R-TGoNU and opposition to be true to the Agreements and Declarations they have signed and ensure their full and timely implementations. We call for immediate cessation of hostilities and formation of state and County Governments. We also appeal in the name of God to all our political leaders to value the people over and above position, power and party interests,” they said.

Meanwhile the government of South Sudan has postponed the signing of a peace accord between the Sudanese government and armed groups until further notice.

Dhieu Mathok Diing, Secretary of the South Sudan mediation team in the Sudanese peace talks said the delay was caused by absence of senior government officials.

The peace talks hosted in Juba were expected to conclude on June 20, followed by signing of a peace deal between the Sudanese government and opposition groups from Darfur, Nuba Mountains and Southern Kordofan regions.

Although the mediation team had completed most of the sticking issues raised by the opposition groups earlier this year, Mathok said the talks would resume once the government negotiation team arrives in Juba, adding that a new date for signing the peace treaty would be communicated.