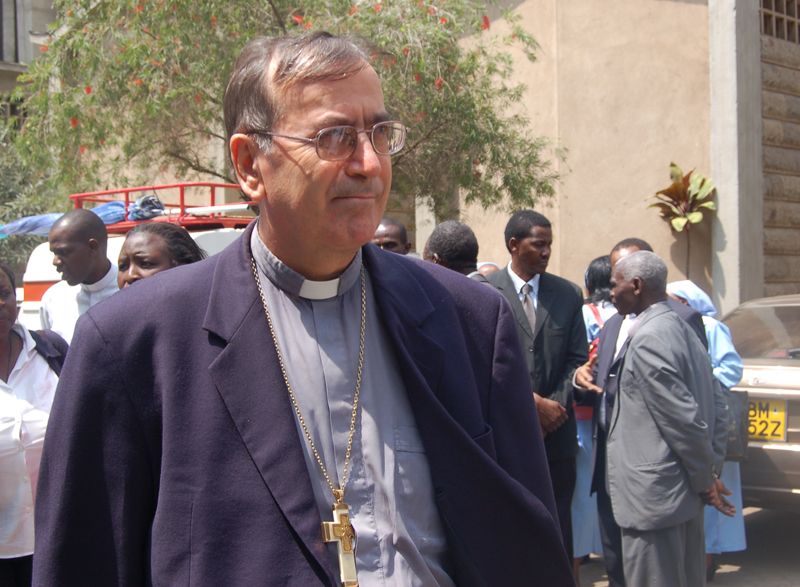 DJIBOUTI OCTOBER 17, 2017 (CISA) – Bishop Giorgio Bertin of Djibouti has called on the people of Somalia to have hope and unity after the country suffered a deadly terrorist attack on October 14.

“I would say that even though what has happened is a catastrophe, we mustn’t despair. It would be a double attack if we despaired,” said Bishop Bertin, reported Vatican Radio.

“We should continue to seek greater unity within Somalia and the international community to face this problem,” added Bishop Bertin who also serves as apostolic administrator of the Diocese of Mogadishu, which has been vacant since the assassination of its last bishop in 1989.

A truck packed with explosives exploded in front of a hotel in the Somali capital Mogadishu October 14, killing over 300 people and leaving many more wounded. The bombings were similar to others claimed by al Qaeda-linked al Shabaab insurgents although the militants have yet to claim the attacks.

Somali President Mohamed Abdullahi Farmaajo called the terrorist attack a “heinous act” targeting “civilians who were going about their business” and directed for three days of national mourning.

International help has been arriving with Turkey taking 40 of those injured in the attack for medical treatment, and the African Union has said it will continue its support of Somalia as it works “to achieve sustainable peace and security.”

Somalia has been in a state of turmoil since the early 1990s, and was long regarded as a failed state although in recent years it has relatively stabilized, and has been called a fragile state.

The federal government has consolidated control over much of the southern part of the country, though Islamists still control several swathes of territory. Somalia’s northern areas are effectively governed as the autonomous regions of Somaliland and Puntland.