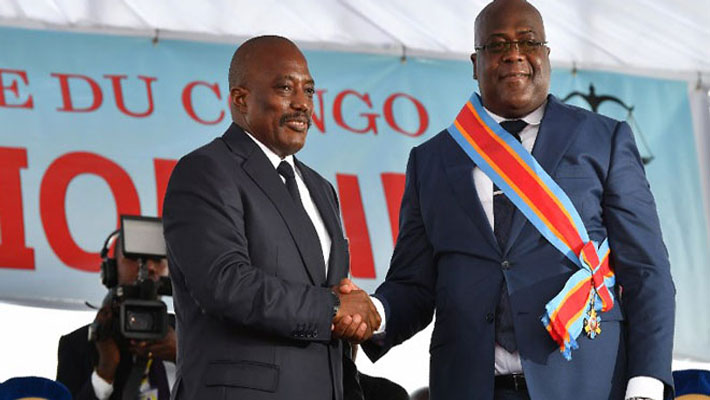 “The government is finally here. The president has signed the decree and we will begin work soon,” Prime Minister Sylvestre Ilunga told reporters on Monday.

According to the announcement made by the president’s spokesperson, the power-sharing agreement will see 23 members of the executive drawn from president  Tshisekedi’s Direction For Change party, and the remaining 42 from former president Joseph Kabila’s Common Front For Congo (FFC) party.

According to Prime minister Ilunga, forming the coalition took time as both sides had to “…remove everything that could be an obstacle to the functioning of the government.”

“The executive will have a female vice prime minister, minister for foreign affairs and minister for planning,” he said adding that around three-quarters of members were serving in government for the first time.

President Tshisekedi took office in January 2019 after being declared winner of the December 2018 elections, a win that was hotly disputed by the opposition.