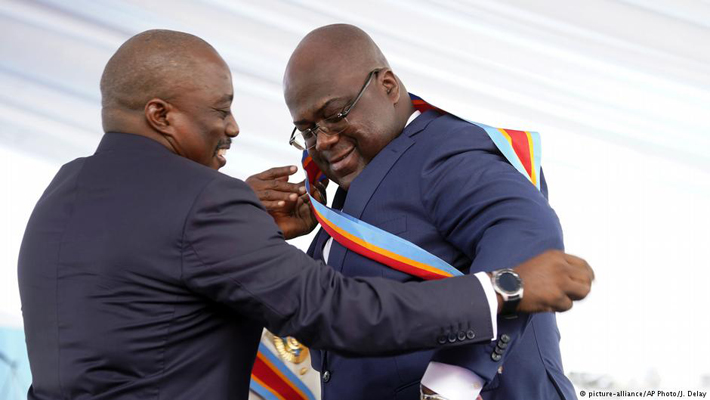 KINSHASA, JANUARY 25, 2019 (CISA)-Felix Tshisekedi was on Thursday January 24 sworn in as the President of the Democratic Republic of Congo.

The swearing in ceremony took place at the Peoples’ Palace, the seat of the national legislature in Kinshasa.   He succeeds former president Joseph Kabila who led the country since 2001.

In his inaugural speech, President Tshisekedi pledged to release political prisoners in the country as part of his efforts to restore peace after the December 30 disputed elections.

On Sunday January 20, the Constitutional Court in Congo upheld the election of Felix Tshisekedi as early declared by National Independent Electoral Commission (CENI), despite protests from Martine Fayulu, a presidential aspirant.

The National Episcopal Conference of Congo (CENCO) also questioned the validity of the December 30 general Elections on grounds that the outcome did not tally with the data they collected.