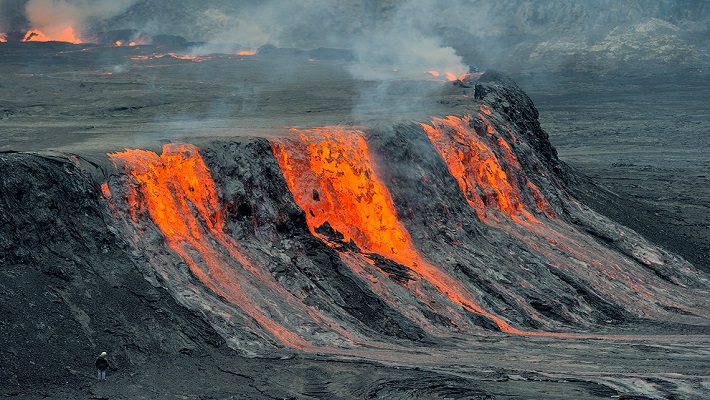 VATICAN, MAY 25, 2021 (CISA)-Pope Francis has called for prayers for the people of Goma in the Democratic Republic of Congo who are reeling from the effects of volcanic eruption.

“Let us pray for the population in the city of Goma, in the Democratic Republic of Congo, that is forced to flee because of the eruption of the Nyiragongo Volcano,” the Pope said, speaking to the faithful gathered in St Peter’s Square for the Regina Coeli on Pentecost Sunday.

Mt Nyiragongo began erupting on May 22 in the evening forcing thousands of people to flee towards the nearby border with Rwanda.

According to reports by Rwandan government, about 8,000 people had officially crossed from Goma and had been accommodated in schools and places of worship.

“This morning, after lava flows from Nyiragongo volcano have stopped, most of Congolese evacuated to Rubavu are returning back home. Rwanda received around 8000 people last night,” Rwanda’s Emergency Management Ministry said on Sunday May 23.

The United Nations Children’s Emergency Fund said Sunday that the children were lost amid chaos as residents fled the nearby city of Goma. More than 150 children have been separated from their families and more than 170 children are feared to be missing.

President Felix Tshisekedi of DRC was forced to cut short his trip in Europe to return and supervise aid to residents in North Kivu urging authorities to show prudence and solidarity in the face of the natural disaster. The number of causalities still remains unknown.