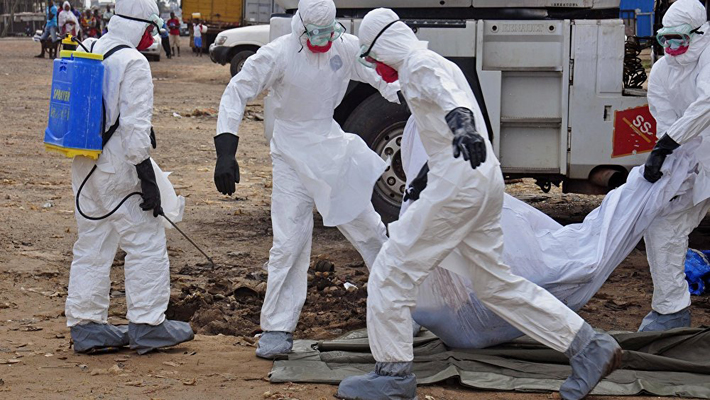 “Vaccines are an important tool in the fight against Ebola. This is why it has been a priority to move them rapidly into place to begin protecting our health workers and the affected population,” said Dr Oly Ilunga, Minister of Health in Democratic Republic of the Congo.

WHO has reported that a total of 3,220 doses of the rVSV-ZEBOV Ebola vaccine are currently available in the country, and supplementary doses have been requested.

According to WHO Deputy Director-General for Emergency Preparedness and Response Peter Salama, this outbreak, which is in an active conflict zone, will be more complicated to contain than any that came before.

“It’s going to be a very, very complex operation,” he told journalists in Geneva last Friday.

“On the scale of difficulty, trying to extinguish a ‘deadly outbreak pathogen in a war zone’ is at the top of the scale,” he said.

He noted with concern that People fleeing violence and crossing the border into neighbouring countries, could take the infection with them, bringing additional risks, adding that measures at crossing points are being implemented.

North Kivu province is among Congo’s most populated provinces, with eight million inhabitants, according to WHO and United Nations (UN) statistics.

The region has been experiencing prevalent insecurity and an alarming g humanitarian crisis, with over one million internally displaced people and a continuous outflow of refugees to neighboring countries, including Uganda, Burundi and Tanzania.

According to WHO, 44 cases of Ebola have been reported out of which 17 have been confirmed. This round of outbreak is the 10th since the 1970s.