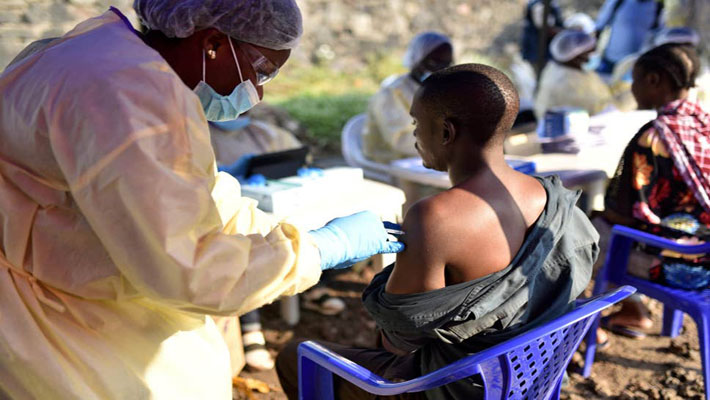 The declaration was made by WHO Director-General Dr. Tedros Adhanom Ghebreyesus on July 17 following a meeting of the international Health Regulations Emergency Committee held in Geneva.

“It is time for the world to take notice and redouble our efforts. We need to work together in solidarity with the DRC to end this outbreak and build a better health system,” said Dr. Tedros.

“Extraordinary work has been done for almost a year under the most difficult circumstances. We all owe it to these responders — coming from not just WHO but also government, partners and communities — to shoulder more of the burden.”

With reference to a case reported in Goma, a city on the border with Rwanda and gateway to DRC, the committed advised the neighbouring countries not to close its boarders or place any restrictions on travel and trade saying the restrictions may negatively affect response operations.

Speaking at the meeting, Msgr. Andre Massinganda, Deputy Secretary General of the National Episcopal Conference of the Congo (CENCO) appealed for international action to contain Ebola after it was declared an emergency by WHO.

“Our greatest need now is for those with power to identify an effective strategy for containing the disease and to come to the aid of our government and population, via the United Nations,” he said.

“The Catholic Church’s role in helping resolve this complex and tragic situation should be fully recognized by the international community, especially given its capacity to reach out to communities where armed gangs are everywhere,” said Fr Pierre Cibambo Ntakobajira, Africa liaison officer for Caritas International.

The International Health Regulations Emergency Committee expressed disappointment about delays in funding which have constrained the response.

They also reiterated the need to protect livelihoods of the people most affected by the outbreak by keeping transport routes and borders open, which is essential to avoid the punitive economic consequences of travel and trade restrictions on affected communities.

The Ministry of Health in the DRC has since issued a statement accepting the declaration and at the same time expressing concerns about its impact to the country.

“The Ministry hopes that this decision is not the result of the many pressures from different stakeholder groups who wanted to use this statement as an opportunity to raise funds for humanitarian actors,” said Oly Ilunga Kalenga, the Minister of Health in DRC.

According to WHO, the DRC Ebola outbreak has been classified as a level 3 emergency, the most serious to have been reported by the organization.

In response, the United Nations has also recognized the seriousness of the emergency by activating the Humanitarian System-wide Scale-Up to support the Ebola response.