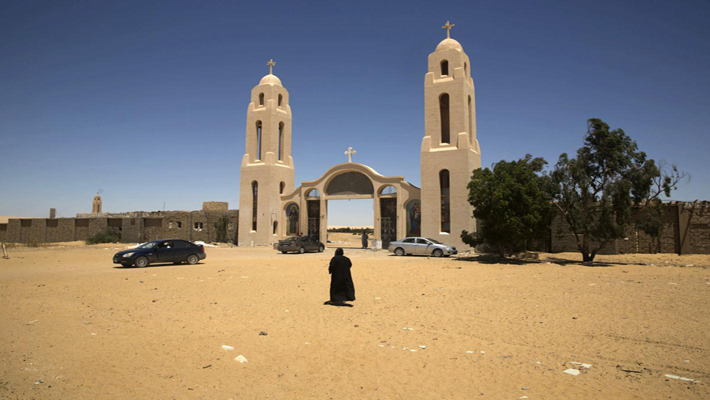 According to Vatican news, the body of Bishop Anba, who was an Abbot of St. Macarius the great monastery in Wadi el-Natrun northwest of Cairo, was found lifeless inside the monastery on July 29.

“He was found lying in a pool of blood on the way from his cell to the Church. He had what appeared to be a head wound, supposedly inflicted by a sharp heavy object,” it reported.

In a statement dated August 2, the Church affirmed its decision adding that the measure, which goes into effect starting August, is among a series taken after Bishop Epiphanius’ death.

His funeral was held this week and attended by Pope Tawadros II, the spiritual leader of Egypt’s Coptic Orthodox Christians.

The Coptic Church has reportedly given its monks across Egypt one month to shut down their social media accounts, arguing that keeping them is incompatible with monastic life.

It also said that monks who appear in the media or are found to be involved in interactions not assigned by their respective monasteries risk facing questioning and could potentially be de-frocked.

The Church spokesman Boulis Halim said that the measures were simply aimed at instilling discipline in monastic life, and do not suggest that the death could have  been linked to the monks social activities.

Egypt is home to some of the world’s most ancient monasteries, which have drawn monks for centuries to lead solitary ascetic lives in the country.