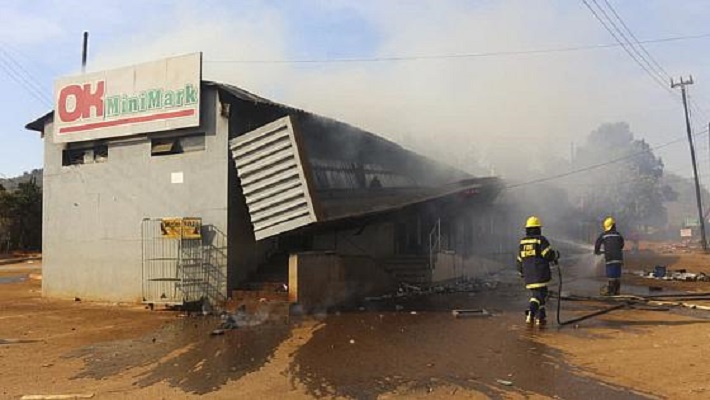 MBABANE, JULY 9, 2021 (CISA)-The Inter-Regional Meeting of Bishops of Southern Africa (IMBISA) has expressed concern on the ongoing unrest in the Kingdom of Eswatini and called for restraint and dialogue among involved sectors.

“…We wish to repeat the words of Pope Francis spoken on Sunday 4 July 2021 in which he requests all in the Kingdom of Eswatini to work for the common good, reconciliation and the creation of peace from different viewpoints. We condemn the extrajudicial killings, indiscriminate arrests, abductions and torture that have since been reported. In the same breath we unequivocally condemn the destruction of both public and private property,” the bishops said.

In a July 5 statement released from Harare in Zimbabwe, the bishops opined that destruction of property works against the common good as the property is required for the integral development of the country.

Calling for an end to violence, they asked government to restore means of communication so that people can stay informed and connected.

“We call for the cessation of all forms of violence by both the security forces as well as those who have been involved in the looting and destruction of both public and private property…We call upon the Government of Eswatini to guarantee the provision of the means of communication. Human beings are so made that they cannot live, develop and find fulfilment except in the sincere gift of self to others. Nor can they fully know themselves apart from an encounter with other persons,” they said.

The prelates also urged the international community to intervene and facilitate an end to violence and deaths.

“We call upon the International Community, especially the Regional Block SADC, to intervene immediately so that lives may be spared,” they said.