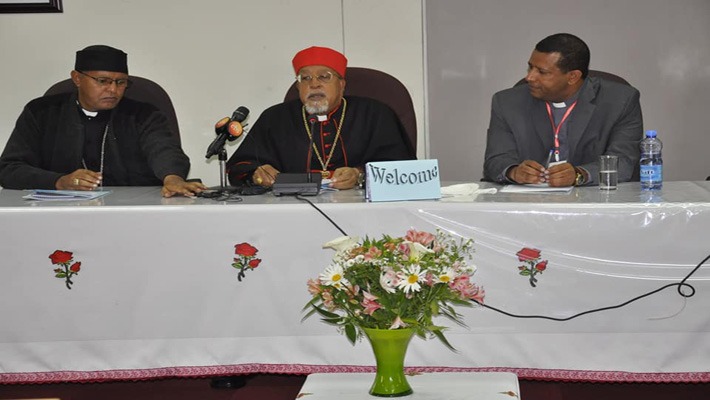 ADDIS ABABA, JUNE 25, 2021 (CISA)– The Catholic Bishops’ Conference of Ethiopia (CBCE), has called on Ethiopians to embrace ethnic co-existence and harmony, urging National Electoral Board of Ethiopia(NEBE) to conduct elections that are free, fair, peaceful and democratic.

“…it is the wish and prayer of all of us to have the coming 6th national election to be free, fair, peaceful and democratic and acceptable to all,” the bishops said in the statement signed by Fr Teshome Fikre, CBCE Secretary General on June 18.

The bishops added that the people of God in Ethiopia who are expected to go to the polls on, June 21, “…desire an upright leader who will sustain our long-kept unity, solidarity and respect for one another.”

“We request the NEBE to ensure the fairness, inclusivity, democratic and peacefulness of the election by providing adequate and timely responses to all grievances related to the election,” the bishops added.

The prelates further denounced ethnic violence saying conflicts that draw their causes from political, ethnic, and religious nature have displaced many and have taken the lives of many innocent civilians.

“Women became victims of rape and destruction of properties in Oromia, Amhara, Tigray, Benshangul Gumuzi, Somale Regional State, Afar Regional State, Southern Nations and Nationalities States and many other places, to mention a few. While living in solidarity as brothers and sisters, respecting one another, we are saddened by such atrocities which have cast a ‘dark cloud’ on a nation that has a long history on the African continent. We remind, therefore, the ruling party to take necessary precautionary measures to ensure the safety of citizens,” the Bishops said.

According to Reuters, Prime Minister Abiy Ahmed has said the elections will be the country’s first free and fair polls after decades of repressive rule.

The election comes amid conflict between the federal government and the rebellious Tigray People’s Liberation Front (TPLF).