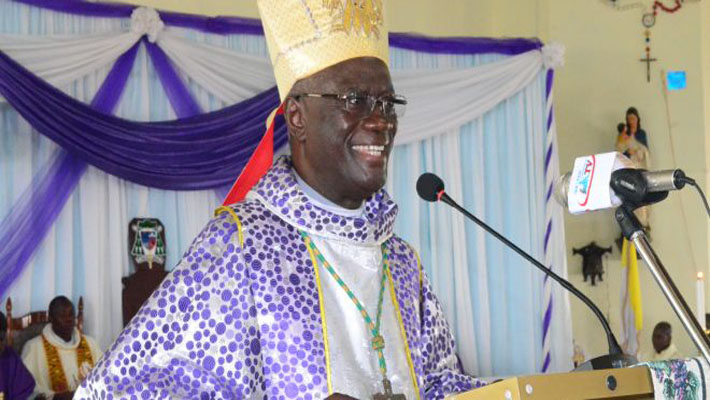 ACCRA, MAY 24, 2019 (CISA) – Archbishop John Bonaventure Kwofie of Accra has called on security agencies and Catholic faithful to be more security conscious to avert the growing threats of violence against Christians.

“I think last week or so we the Catholic Bishops Conference of Ghana met the Inspector General of Police and we are taking measures… The police will give us the security measures but we are asking Ushers in churches to be alert,” he stated.

Archbishop Kwofie was speaking on May 23 to members of Catholic Association of Media Practitioners, Ghana (CAMP-G) when they paid him a courtesy call at his office in Accra.

He said it was time Christians take the warnings of growing violence being instigated by religious extremists seriously and beef up security in every Church.

He added that the Catholic Church has taken the threats seriously and has already met the police over the threats.

The archbishop said that the Church would strengthen its internal security and ensure that all persons entering church premises are screened.

He also used the opportunity to urge the Catholic Media Practitioners to use their profession to promote the Church and its doctrine.

The Archbishop assured the media of his utmost support to champion the course of the Church in the Archdiocese of Accra.