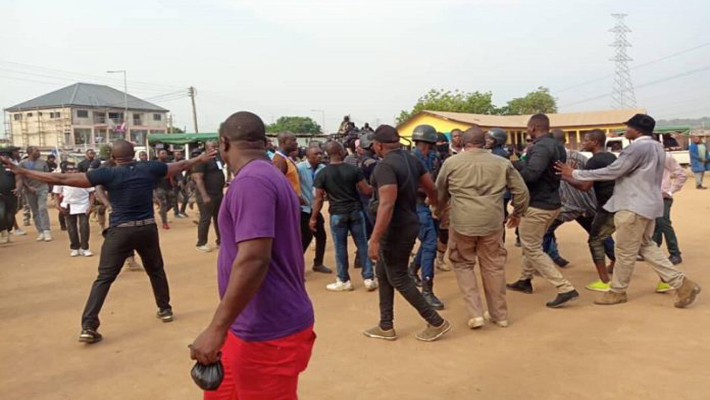 “We condemn in no uncertain terms the reported shootings and assault perpetrated by some unidentified groups resulting in injuries…The GCBC would like to state that these incidents do not only pose a serious threat to our democracy, but will certainly draw back the progress and successes of our demographic gains,” the prelates said in a February 1 statement, signed by the Secretary General of GCBS, Very Rev. Fr Lazarus Anondee.

The bishops noted particularly the use of seemingly organized vigilantes to disturb the peace and quiet of the election process.

They urged authorities to investigate the incident that left 18 people injured and ensure the culprits face the law.

“We therefore call on Ghanaian police to conduct thorough investigations into the incident, and bring the perpetrators to book,” they said.

They further called on the electoral commission to liaise with political parties to address the fears and concerns of stakeholders in the conduct of peaceful elections, and called on all citizens to abide by the law and shun all forms of violence.

“Such manifestations of lawlessness and insecurity does not augur well for us as a nation as we prepare for the 2020 General Elections,” the bishops noted.

Ayawaso West Wuogon Constituency was holding the by-election after the demise of the Parliamentary Representative Hon.  Emmanuel Kwabena Kyeremateng Agyarko.