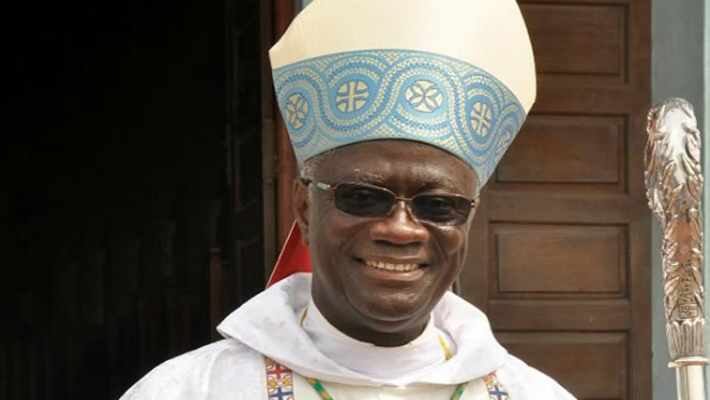 The appointment was announced in a January 2 communiqué from the Apostolic Nunciature in Ghana.

Most Rev John Bonaventure Kwofie’s appointment follows the transfer of Most Reverend Charles Gabriel Palmer-Buckle to the Metropolitan Archdiocese of Cape Coast.

Most Rev. John Bonaventure Kwofie was born on April 26, 1958 and was the fourth Bishop of Sekondi/ Takoradi diocese where he was born.

He attended the St. Theresa’s Minor Seminary, Amisano and the Spiritan Postulancy St. John XXIII Seminary, Ebolowa, Cameroon, and was ordained a Priest on July 23 1988.

He received his bachelor’s degree in theology from Paul’s College-Seminary in Liberia/ Urbaniana University in Rome and continued his studies in pastoral leadership formation at Lumko Institute, South Africa.

He earned his Licentiate in Sacred Scriptures from the Pontifical Biblical Institute in Rome, where he also lectured.

Additionally, he holds a certificate from the Ghana Institute of Management and Professional Studies in Accra.

He twice served as Provincial Superior of the Congregation of the Holy Spirit (CSSP), Congregation for West Africa, between 1995 and 2001.

He was elected Co-ordinator of the Continental Conference of Major Religious Superiors in Africa from 2003 to 2005.

Between 1996 and 2003, he taught at the Spiritan International School of Theology (SIST) in Nigeria, an affiliate institute of Duquesne University, lecturing on Biblical Theology to MA students.