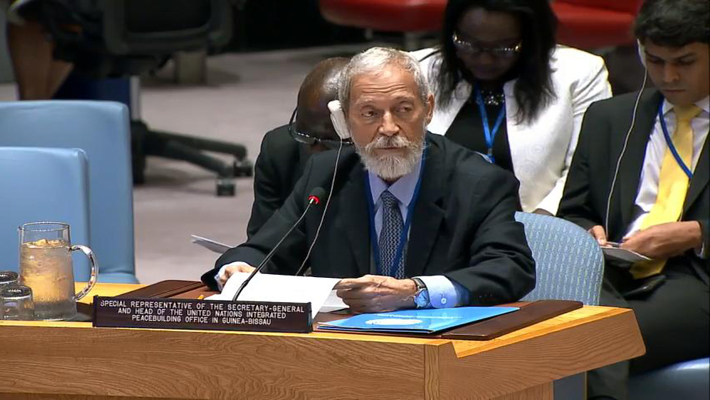 BISSAU, AUGUST 31, 2018 (CISA) – The Special Representative of the United Nations Secretary-General for Guinea-Bissau José Viegas Filho, has called for sustained international support for the West African nation ahead of the November 18, legislative election.

He was speaking on August 30, at the 8337th meeting of the Security Council in Bissau for the first time since his appointment as the Special Representative.

“I therefore urge all international partners to maintain and increase their political, technical and financial support to help national institutions during and beyond the legislative and presidential elections,” said Mr. Filho, who is also the head of the UN Integrated Peace building Office in Guinea Bissau (UNIOGBIS).

According to UN News, Filho also informed the Council of some difficulties in the preparations for the legislative elections including disagreements voiced by some political actors against the 30-day timeframe set by the Government for voter registration and delays in arrival of biometric kits.

On the other hand, the senior UN official also highlighted important developments, including the adoption of a new gender parity quota law, on August 2, which establishes a minimum of 36 % representation for women in the lists of candidates for legislative and local government elections, as well as for appointments to key decision-making positions.

This, he explained, is a “significant development” for gender equality and women’s empowerment in Guinea-Bissau.

Though the law will have to be reviewed by specialized committees of the national Parliament, as well as formally promulgated by the President of Guinea-Bissau, it should enter into force before the November legislative elections, according to UNIOGBIS.

Mr. Filho also said that he continues to support the “full implementation” of the 2016 Conakry agreement, which set out a framework for a peaceful resolution to the political crisis facing the country since its independence in 1974.