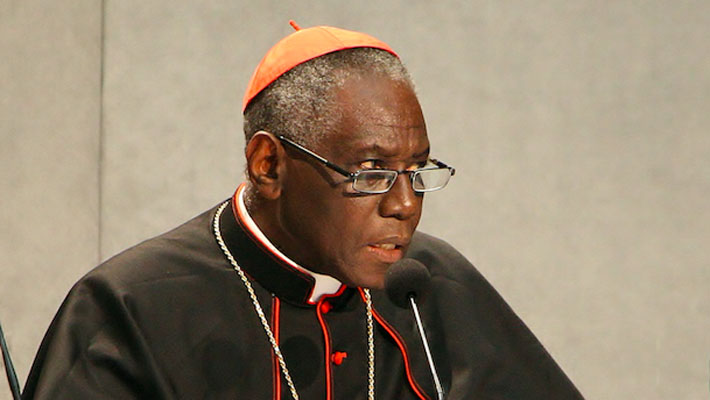 Speaking to journalists in April ,the Cardinal who is also the prefect of the Congregation for Divine Worship and the Discipline of the Sacraments  warned against using the Bible to justify migration, saying those who seek to use the Bible to promote migration are pushing a false interpretation of the scriptures.

“It is a false exegesis to use the Word of God to promote migration. God never wanted these rifts,” Cardinal Robert Sarah Valeurs Actuelles.

Cardinal Sarah, has been known in the past for his conservative stances on liturgical practices, Islam, migration and other issues.

“All migrants who arrive in Europe are penniless, without work, without dignity…This is what the Church wants?” he asked.

“The Church cannot cooperate with this new form of slavery that has become mass migration. If the West continues in this fatal way, there is a great risk that, due to a lack of birth, it will disappear, invaded by foreigners, just as Rome has been invaded by barbarians.”

“The issue of migration will never be resolved by raising barriers, fomenting fear of others or denying assistance to those who legitimately aspire to a better life for themselves and their families,” Pope Francis said.

The Pope has repeatedly stressed the value of migration and has encouraged European countries, in particular, to open their border to flows of migrants.