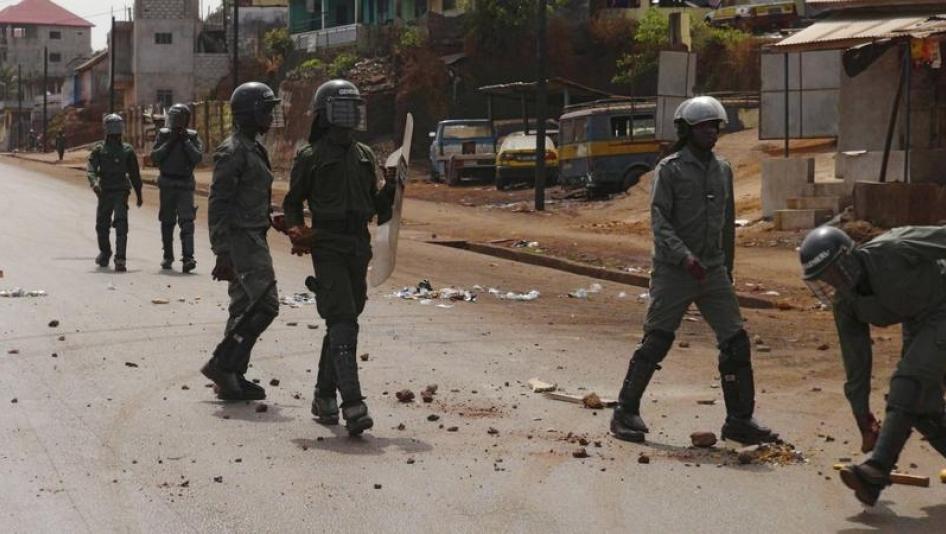 CONAKRY DECEMBER 8, 2017(CISA) – Guinea has initiated a joint initiative of reconciliation with Mali after violence broke out at a gold mine at the border between the two countries.

Bouréma Condé, Minister of the Territory of Guinea and his counterpart from Mali, Tiéman Hubert Koulibaly, said that it was important to restore friendship and collaboration between the two countries.

“We need to appease the spirits in order to end the bloodshed at the gold mine. We must promote peace and co existence in and outside the border of our countries at all costs,” Fides quoted Mr Condé as saying.

“It is important to underline the need to demarcate the border in order to avoid the repetition of similar incidents we have witnessed,” said Koulibaly on behalf of President Ibrahim Boubacar Keïta of Mali.

In November 26, reported Reuters,a section of Malian miners, backed by policemen and hunters, attacked Guinean miners of a gold mine at the border between the two Countries,

Six people were killed including two Guineans and six Malians, including a policeman. The Malian authorities replied that some Guineans attacked the Malian side of the border and ambushed a patrol of their policemen.

Balandougou in Guinea and Gnaouléni in Mali claim possession of the same gold mine.

Mr Tiéman Hubert Koulibaly said that the fact that they had committed themselves to resolving the border issue through mutual agreement, tension has already calmed down.