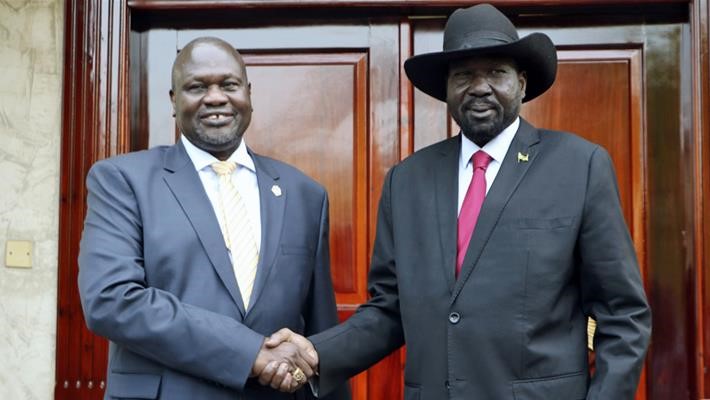 JUBA, MAY 7, 2021(CISA) – Members of the Troika, Canada, France, Germany and the European Union have sent a letter of concern over the devastated state of the nation, calling for corrective action from the South Sudan Transitional Government of National Unity ahead of the July 9 celebration of independence.

“As we approach the 10 year anniversary of independence, the time is right for all of South Sudan’s leaders to come together to address the multiple challenges that are facing their people. Decisions and actions by the unified government, made in the best interests of the people of South Sudan, will help to achieve the original objectives of independence,” the April 23 letter reads.

“Durable peace, stability and development remain elusive. Implementation of the revitalised peace agreement has been too slow. Much work remains to be done to ensure the full and collegial implementation of power sharing provisions and the establishment of functioning governance structures,” the letter says.

According to the letter further progress in addressing South Sudan’s challenges requires a renewed and sincere commitment by all members of the Unity Government.

The letter called for immediate and effective measures to protect humanitarian workers and enable sustained and unhindered access for their efforts to provide relief to those who are experiencing food insecurity and other humanitarian needs.

The letter calls for economic reforms and transparency in all financial matters of government.

“Agree to hold regular, documented meetings between the Presidency, Council of Ministers and state governments; Establish and equip the transitional justice institutions set forth in Chapter V of the R-ARCSS; Sign without delay the MoU with the AU to establish the Hybrid Court for South Sudan, start its effective establishment, and set up the Commission for Truth, Reconciliation and Healing and the Compensation and Reparation Authority through broad-based consultation,” the letter says.

The letter urged government to reconstitute, restructure, and resource critical national level transitional institutions and mechanisms like agreement on Necessary Unified Force (NUF) including agreement on headquarters command structure of all organized forces, improvement of conditions in training centers, and Urgently start graduation and deployment of the NUF, according to a realistic graduation and deployment plan.

It called for a credible disarmament, demobilization and reintegration plan and reformed Constitution-making and electoral processes in accordance with the provisions of the R-ARCSS.