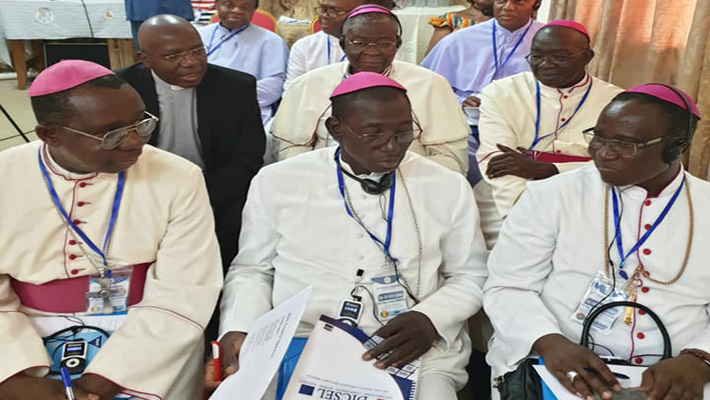 ABIDJAN, FEBRUARY 25, 2020 (CISA)-The Regional Episcopal Conference of West Africa (RECOWA-CERAO) has appealed to the governments of six countries in the region to organize credible elections and give the world a different face of Africa.

In a declaration made at the end of their standing committee meeting held in Abidjan, Côte d’Ivoire, they appealed to the Justice and Peace Commissions of West Africa to accompany the electoral processes in the countries to ensure democracy transpires during the process.

“Educated by the experience of the past, we appeal to the wisdom and the spirit of responsibility of the political actors and of all those who will be involved in these electoral processes,” reads the communiqué.

As Burkina Faso, Côte d’Ivoire, Ghana, Guinea, Niger and Togo prepare for polls this year, RECOWA has appealed for maturity through bloodless elections, before, during and after; and the verdict accepted by all.

“We must understand that politics is a space of service and self-giving for the happiness of fellow citizens,” it adds.

Among other pastoral concerns condemned by the Bishops are land grabbing by multinational corporations and forced expropriation of land through diverse forms.

The Bishops believe that African governments need to promote and pursue global, legally binding instruments that will regulate the activities of transnational corporations in Africa.

“On our part, we instruct the Justices and Peace Commissions of all our dioceses to redouble efforts and innovations in care, protection, and support of the victims of the harmful effects of land grabbing and forced expropriation of land. In addition, we also undertake to do intense advocacy work with all national and international bodies so that strong frameworks and mechanisms can be put in place to correct any injustice and anomaly,” the Bishops said.

The standing committee meeting brought together the Bishop-Presidents of national and inter-territorial Episcopal Conferences of West Africa.