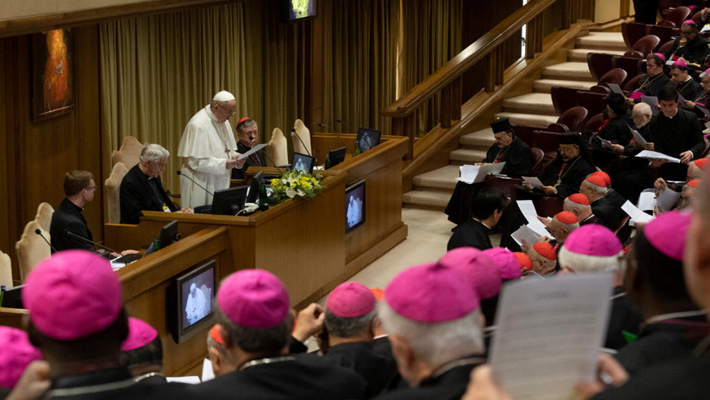 KATIOLA, FEBRUARY 22, 2019 (CISA)-Bishop Ignace Bessi of the Catholic diocese of Katiola, and president of the Conference of Catholic Churches of Ivory Coast (CECCI), has said the Vatican summit on sexual abuses against minors and vulnerable persons in the Church has come at an appropriate time.

“…It is timely that as the universal Church is shaken by a crisis, the Pope calls the presidents of the bishops’ conferences around him to discuss and prevent.

It is important for the pope to listen to the bishops and send them on missions to protect minors and vulnerable persons. It is also important for us all to draw lessons from the scandals that have been uncovered the world over,” he said in a February 21 interview with La Croix International.

The three day summit was opened by Pope Francis in Rome on February 21 and will be on going up to February 24.

The bishop said that the impact of abuse by priests is worse because the people look to priests to be the moral compass of society.

“Most cases of sexual abuse are not found in the Church, but these abuses come as a greater shock when priests are involved since the Church is supposed to be an oasis of morality. That’s understandable, in fact,” he said.

He added that it is the responsibility of the Church to solve such issues, and lauded the step taken by Pope Francis to seek transparency on the matter.

“The Church has to try and resolve these problems. It is not up to it to publicize them, but it must not try to hide them either. It should also be noted that there is a cultural aspect that should not be hidden.

In Africa there is a certain modesty about sexual matters: Western culture is certainly more extroverted on these matters. But the most important is to take disciplinary sanctions in cases of abuse. These sanctions are not systematically made public, but they exist,” he said.

“Given the scale of the scandals in the world, the pope is right to advocate transparency. One should evidently not run from reality because the Church must be sent on mission to protect minors and vulnerable persons,” he added.