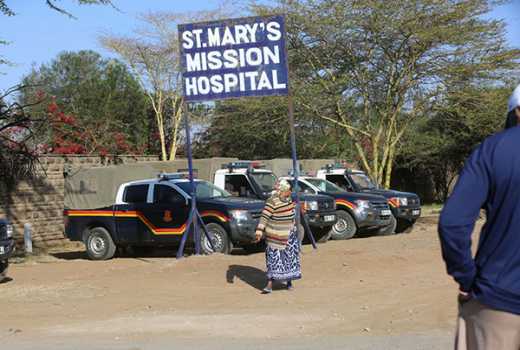 NAKURU, JANUARY 19 2018(CISA) – The Assumption Sisters of Nairobi have officially taken over the management of St Mary’s Hospital in Nakuru.

Justice Sila Munyao on January 18 affirmed orders issued on November 23 last year, granting the Assumption Sisters of Nairobi entry into the facility which is currently managed by Fr William Charles Fryda, an American missionary priest who also lays claim to the property.

The nuns have already taken over management of St Mary’s Hospital in Nairobi.

Justice Munyao, however, cautioned that the forceful takeover would not involve evicting employees from the hospital as was the case with the Nairobi facility.

According to the judge, no eviction orders have been issued against the priest, which means the Sisters should concentrate only on the management.

The judge’s orders followed a contempt-of-court application by the Assumption Sisters of Nairobi against the police for a botched eviction at the hospital.

The nuns sought to have the Inspector-General of Police and a number of local commanders committed to civil jail for disobeying court orders.

The court further ordered the Elementaita police boss to provide security to the nuns during the planned take-over, reported The Daily Nation Newspaper.

However, Mr Victor Ondieki, representing the Attorney-General, said the police had stopped the operation after the Employment Court issued an order, stating that employees should not be touched as happened with the Nairobi facility.

“With the confusion, the police decided to get back to the court for clarification on the two orders which seemed conflicting,” Mr Ondieki said.

The Assumption Sisters of Nairobi forcibly took over the management of St Mary’s Mission Hospital in Lang’ata on December 28 after storming the facility and evicting everyone, including staff and patients, causing public uproar over the violent manner in which the take-over was carried out.