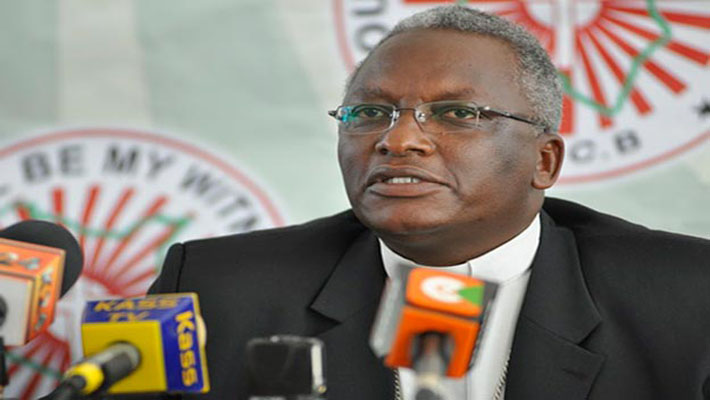 EMBU, JUNE 19, 2018 (CISA)-Bishop Paul Kariuki of the Catholic Diocese of Embu has called on the government to set up systems where all its sectors will be audited quarterly to ensure corruption cases are detected early.

Quarterly audits, he said, will be a step in the right direction in the fight against corruption in the country.

“Why should we wait for two or three years, before we can know that millions of money have been squandered? Could we have a system that investigates every sector of the government quarterly? We should not wait for years to be told of lost money. Every sector should be audited, by internal and external auditors”, he told Journalists in Embu on June 17.

This call by the Prelate follows the huge corruption scandal that involved the National Youth Service (NYS), where billions of shillings were squandered and 43 culprits arrested and arraigned in a Nairobi court after being implicated in the scandal.

All suspects have however been released on Ksh 5 Million bond plus a cash bail of Ksh 1 Million by the High Court on Tuesday June 19. Each of the suspects will also be required to deposit Ksh 2 Million surety in court amid other harsh bail terms pending trial.

“Even as I grant bail, am aware of the seriousness of the charges facing the applicants and co-accused and their range from senior government officers to junior officers,” said Justice Hedwig Ongudi in his ruling.