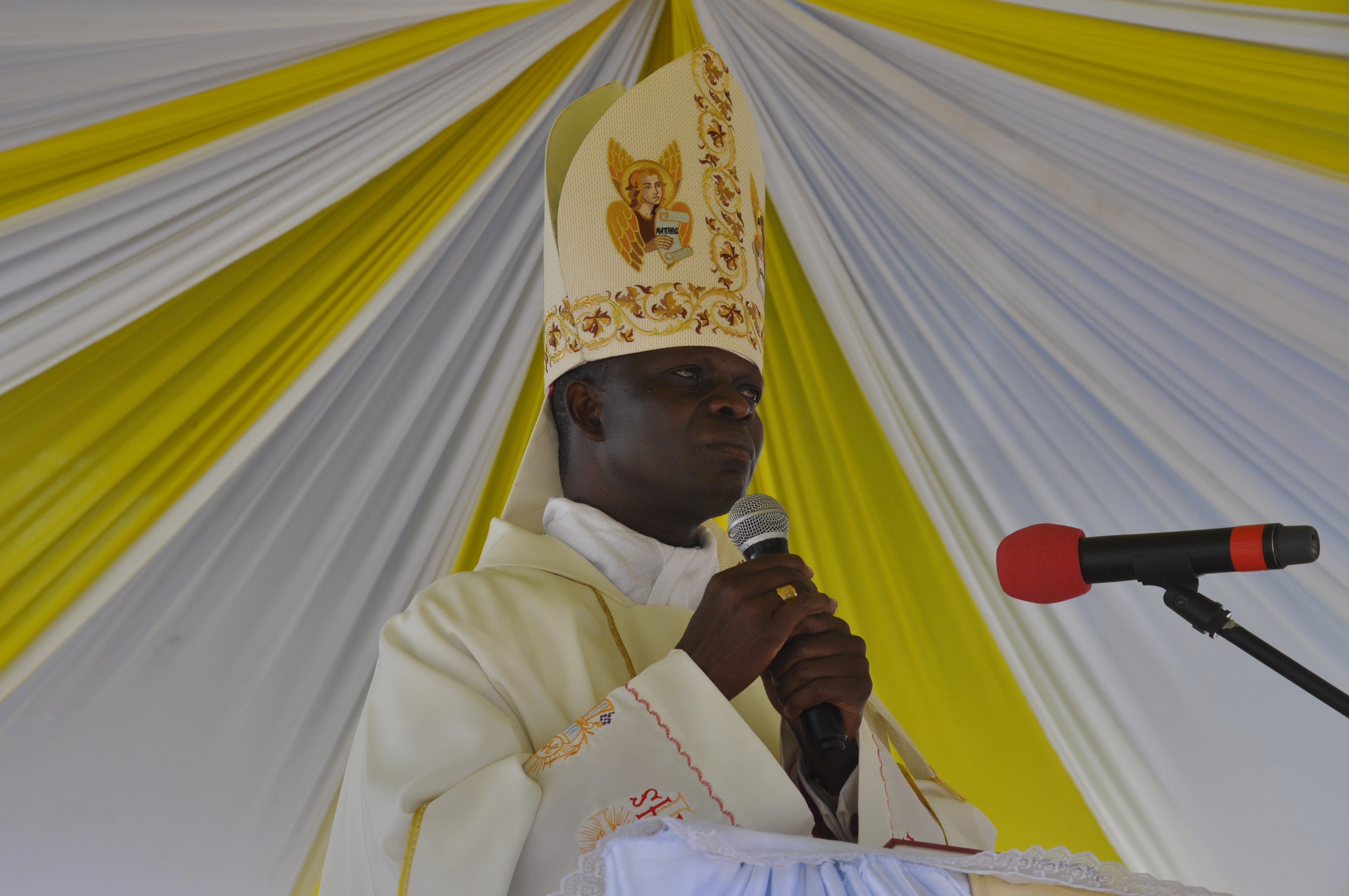 NAKURU, JANUARY 19, 2018 (CISA) – “Those blessed with the sacrament of marriage should not limit themselves on the number of children,” Bishop Maurice Muhatia Makumba of the Catholic Diocese of Nakuru has said.

The Bishop was speaking Saturday January 13 in a homily delivered during the Catholic Diocese of Nakuru Golden Jubilee celebrations held at the Nakuru Agricultural Society of Kenya showground.

The bishop warned that family planning is against the expectations of a Christian family, and is likely to have an impact on vocations for priesthood, sisterhood and marriage.

“Two children in a family means that the population of your family is growing at zero percent. You are only replacing the father and the mother therefore, there is no chance for a priest, a sister, or a brother,” said the bishop.

He called upon Christians to embrace the sacrament of marriage through procreation, which will maintain the consistent growth of the church.

“I don’t want us to get to a scenario where am told the church does not have enough priests,” he said.
The Catholic Church has maintained in stand against the use of artificial contraception since it believes it is sinful and immoral and may frustrate divine plane to bring new life into the world.

The Golden Jubilee celebration was marked by Holy Mass led by John Cardinal Njue, the Archbishop of the Archdiocese of Nairobi in an event attended by thousands of faithful among them 16 Bishops.

The cardinal stressed on the need of commitment of Christians to the growth of the Catholic Church in the country.

“It is you the members of the Catholic Diocese of Nakuru that lay the foundation of the growth of this diocese. Some of these religious men and women are here today but will be transferred to a different station tomorrow. You who remain here are the determinants of whether the Church will stand,” cardinal Njue said.