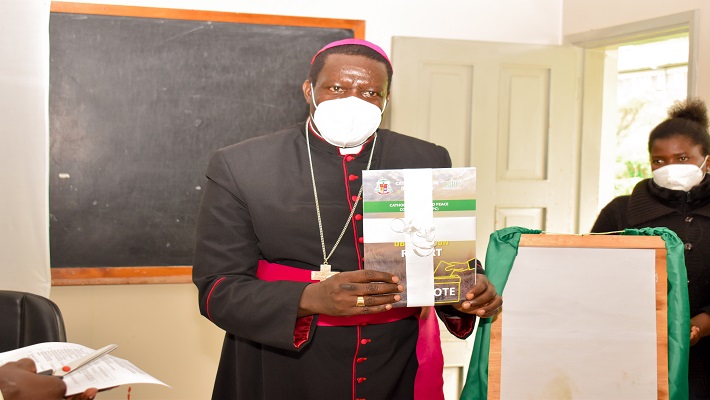 “While a lot of action happens during the immediate pre-election and actual election period, it is clear to us that the success or failure of any election is determined long before those specific times; the preparation phase,” the bishop said on September 10.

Speaking during the launch of the 2021 Matungu By-Election Observation Report in Kakamega, Bishop Obanyi challenged all electoral players to ensure the process is not only transparent but also seen to be transparent.

“At this point such issues as resource allocation (both human and financial) and placement become important. I advise that even as strategic actions are taken towards enabling the election, all duty bearers make deliberate decisions to keep the public well informed of those steps for any information vacuum may allow for suspicion which when allowed to crystalize easily transforms into chaos,” the Bishop counseled.

The prelate spoke against the culture of violence in Kenya’s electioneering while observing that the Matungu by-election was politically charged thereby reducing the credibility of the poll to who wields more power to organize, intimidate or harm.

Bishop Obanyi also cautioned members of the political class against retreating into their tribal folds during electioneering as it propagates ethnic intolerance, which risks plunging the country into ethnic based violence.

“It is important to address our people to the importance of appreciating each other irrespective of our divergent political ideologies or ethnic backgrounds. This message of peace will need to be amplified and sustained in the build-up, during and after the elections,” Bishop Obanyi stressed while addressing religious institutions, duty bearers, political parties, and community leaders to neutralize any message that work to poison the electoral environment.