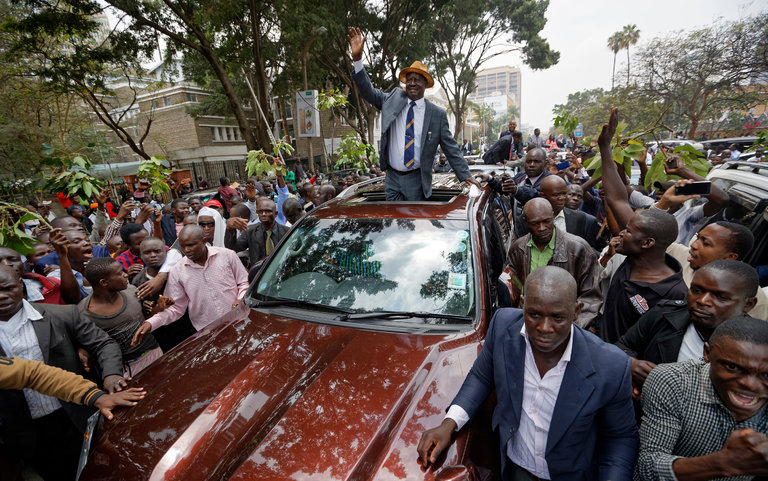 NAIROBI OCTOBER 10, 2017(CISA) – Bishop Alfred Rotich, emeritus of the Military Ordinariate has called on political parties to dialogue to solve the elections issues and enable Kenyans vote peacefully on October 26.

“As the Church, we have reached out to political parties, asking them to dialogue with each other for the sake of Kenyans who need to practice their democratic rights through voting and for the sake of peace in this country,” Bishop Rotich told Citizen TV October 9.

He said that the National Super Alliance (NASA) should soften their hard stance on the Independent Electoral Boundaries Commission (IEBC) and the Jubilee party to obey the Supreme Court ruling.

“There is a huge split, which we do not want anymore,” said Bishop Rotich adding that IEBC is a competent and an independent institution and should be allowed do its work.

He said that the solution towards credible, free and fair elections would not be achieved if both parties do not soften their stand to dialogue with each other.

Bishop Rotich further noted that NASA should control their supporters to avoid destructions of property and even loss of lives because of anger.

“We do not want people going to the streets, to violently show their frustrations and anger,” said Bishop Rotich.

NASA Presidential candidate Raila Odinga today announced that he has withdrawn from participating in the elections since the electoral commission had failed to meet his demands for free and fair elections.

“We have come to the conclusion that there is no intention on the part of the IEBC to undertake any changes to its operations and personnel to ensure that the “illegalities and irregularities” that led to the invalidation of the 8th August, 2008 do not happen again. All indications are that the election scheduled for 26 October will be worse than the previous one,” said Odinga.