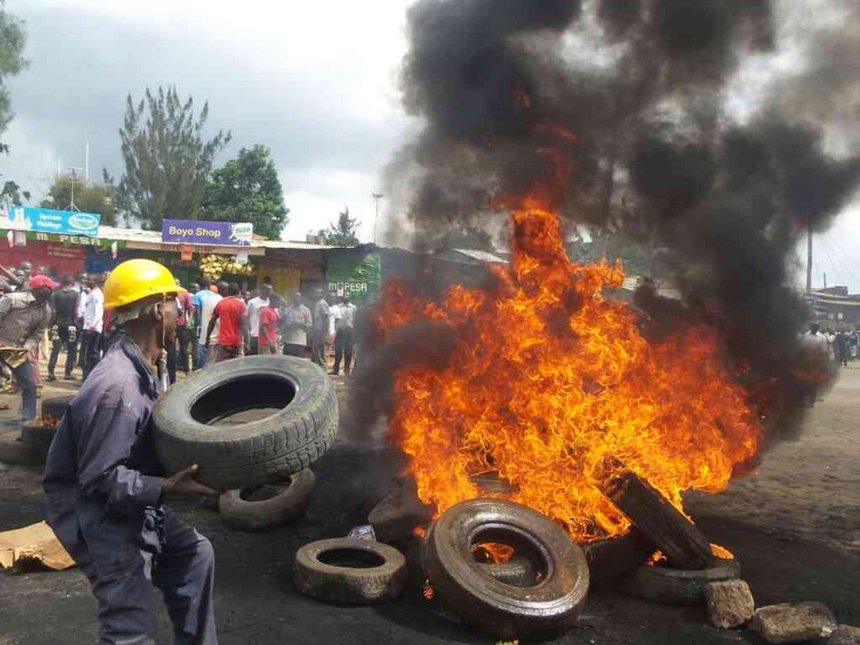 NAIROBI, OCTOBER 13, 2017 (CISA)-The Kenya Conference of catholic Bishops (KCCB) has warned of impending social and economic crisis if the current political menace in Kenya is not addressed.

In a statement sent to the press, they expressed their dissatisfaction on the unending election standoff, which has worsened the economic and social conditions of the people.

“We have observed the recent happenings mainly instigated by political interests at the expense of innocent Kenyans,” the Bishops said in a statement signed by Reverent Philip Anyolo the Chairman of KCCB.

For instance, they noted the suffering of patients across the nation castigated by the health workers strike. Nurses have been on strike for four months agitating for implementation of the collective bargaining agreement (CBA).

The nurses are demanding for a higher grading by Salaries and Remuneration Commission (SRC). The CBA also instructs 400 percent increase, similar to the one awarded to doctors and approved by SRC, and entitles nurses sh50, 000 per annum as uniform allowance.

Negotiations to end the strike have collapsed due to disagreement between the government and the union. This situation puts at risk life of millions of people who are suffering because of the ongoing drought in some parts of the county.

In their communique, the Bishops have condemned the ongoing demonstration staged by NASA coalition. NASA is demanding for reforms prior to fresh presidential elections are conducted as directed by the Supreme Court of Kenya.

According to reports by the police, the demonstrations are marred by looting and vandalism a situation that risks collapsing the economy of the county.

Kenya Private Sector Alliance (KEPSA) reports show that the demos have led to a loss of at least 15 billion shillings and further caution that prolonged demos are likely scare investors.

As the national Exams approach, the clerics have asked politicians to embrace dialogue that will end the current dead heat.