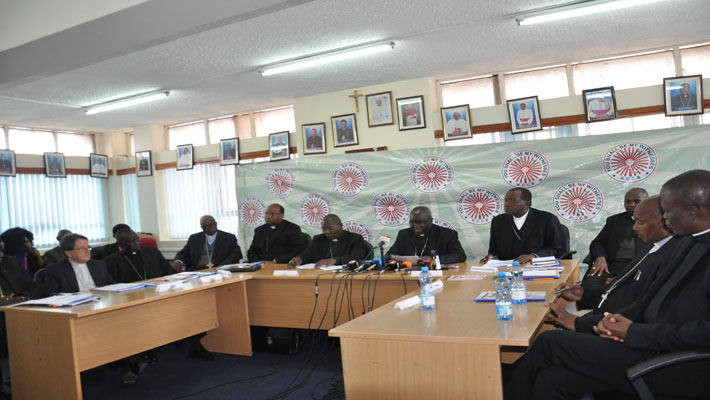 NAIROBI, NOVEMBER 27, 2018 (CISA) – The Kenya Conference of Catholic Bishops (KCCB) has called on the government to protect and cushion farmers from unscrupulous cartels who connive with government officials to import what the country can produce.

The bishops said this in a press statement released on November 27, 2018 in the wake of the Kenyan farmers facing huge losses after the approval of Ksh 2,300 as the standardized price of maize by the Cabinet and delayed salaries.

“The people economically destroying the livelihoods of our farmers are those who connive and are allowed to import maize, sugar, rice and other commodities from outside yet the commodities are found in plenty within our country,” read the statement in part.

“The reality that emerges is that Kenya is becoming a market for other countries. As we import sugar, maize, rice, and other items we are at the same time letting ours rot in the farms. As we speak now many farmers have full stores of maize harvested last year,” it read, “they have no place to store the maize of this year. They cannot find market for their maize and the price announced recently by the government is ridiculously low. Our farmers must be well paid and paid in time.”

The bishops also talked about the neglect of sugarcane farmers and the disastrous effects caused by what they termed as corrupt individuals entrusted with the management of the sector, which has brought untold suffering to many people in the sugar-belt region of Kenya.

In attendance was the chairman of KCCB Rt. Rev. Philip Anyolo, the Vice Chairman of KCCB, alongside other bishops from different dioceses.