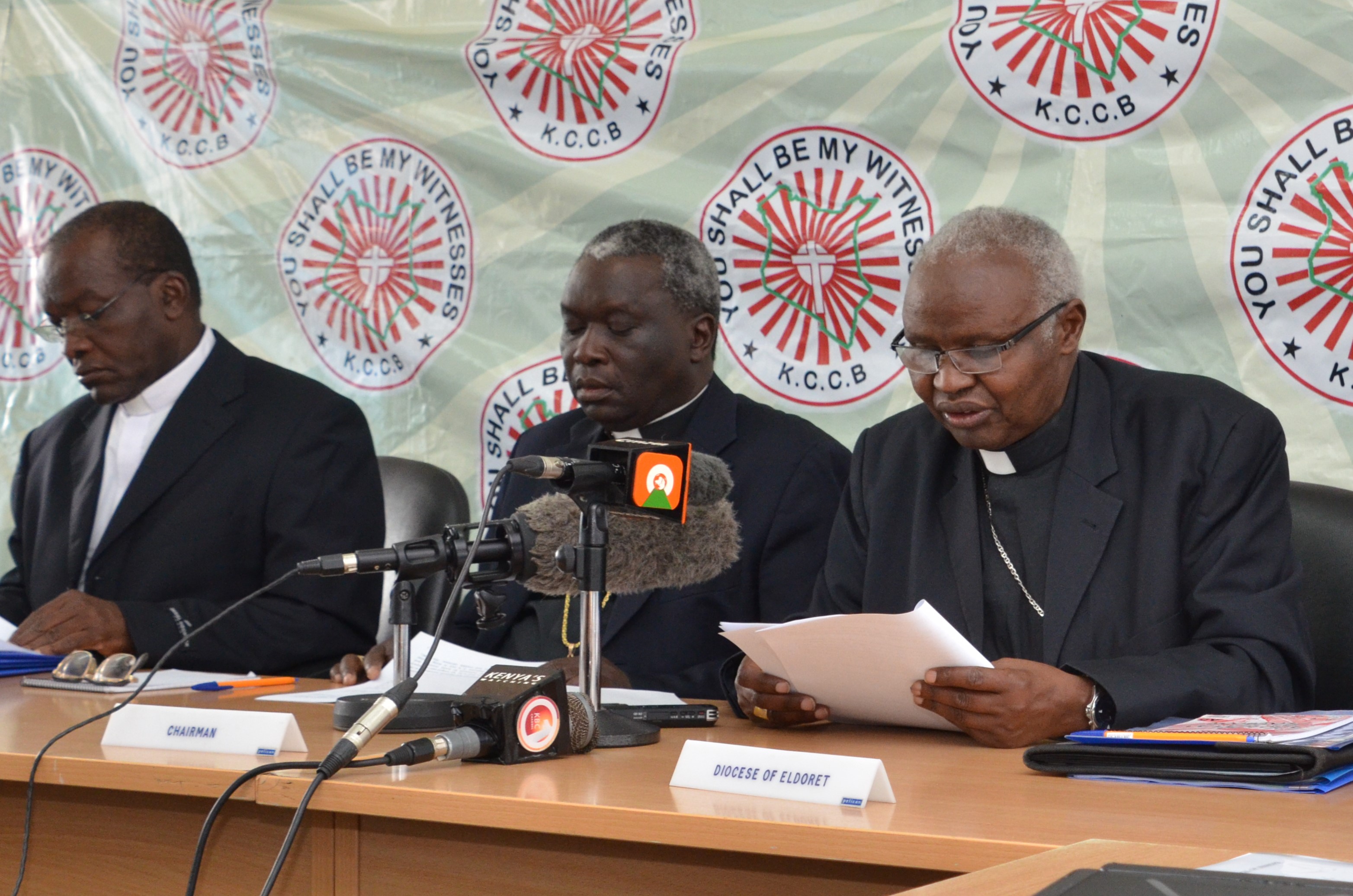 NAIROBI SEPTEMBER 26, 2017(CISA)- The Kenya Conference of Catholic Bishops (KCCB) have called on Jubilee and the National Super Alliance (NASA) to agree to IEBC’s invitation to dialogue and chart  the way forward with the aim of holding free, fair, and credible Presidential Elections scheduled  for October 26.

“The dialogue will pre-empt imminent conflict and violence that is being fanned and organized by both Jubilee and NASA politician’s,” the bishops said today a press conference at Donum Dei in Karen.

“We call upon relevant agencies like DCI, DPP EACC, the police Service and the NCIC to take up their responsibilities and ensure the independence of institutions, accountability of institutions and the upholding of the rule of Law, justice and fairness,” they added.

The bishops noted that they have examined the current environment and have concluded that unless the country embrace dialogue and reason together and agree on common national steps to stability and effective governance, the risk of plunging into full blown conflict is real, and should therefore be avoided at all costs.

The prelates said they appreciate the steps the IEBC is taking to make necessary changes to ensure the coming elections will be free, fair, peaceful and credible.

“There have been demands from both parts of the political divide on IEBC that the IEBC is trying to address. We, the Catholic Bishops, are convinced that this proposed meeting for dialogue should be an opportunity to address the pending issues surrounding the elections,” they said.

The bishops called upon President Uhuru Kenyatta to emerge as a symbol of national unity and offer the needed leadership at this point in time.

They further  asked all Kenyans and people of good will to restrain from engaging in violent demonstrations, name calling, hate speech and threats which can only heighten the tension around elections.