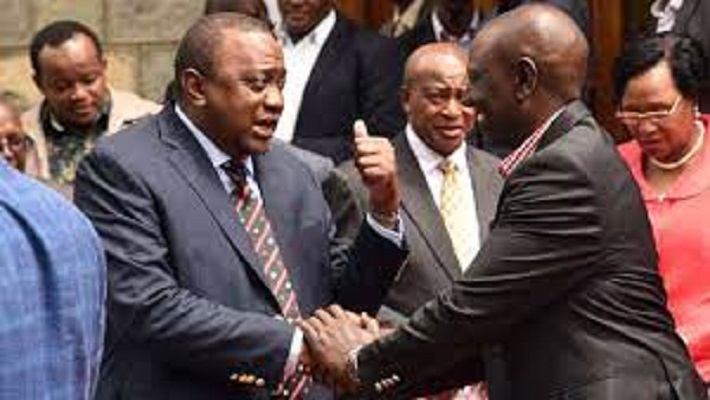 NAIROBI, SEPTEMBER 16, 2021 (CISA) – “We are deeply concerned that if this open disagreement between the President and the Deputy President is taken up by their supporters, the trickle-down effect it could generate across the country will be dire to even contemplate,” cautioned the Kenya Conference of Catholic Bishops (KCCB) in a statement issued to the press on September 15.

The Catholic Bishops of Kenya observed that the open, “discordance between the President and the Deputy President,” is a threat to peace and stability as the country gears towards electioneering period, and urged the leaders to reconcile and work together for the common good of the country.

“In a young democracy like ours, it is important that there is unity among the top leadership as this gives confidence to the people,” the Bishops said.

The Bishops noted that the current situation is causing anxiety among the people and has the potential to ignite political violence if not addressed with immediacy.

“As Church leaders, we are ready to step in and mediate a working arrangement between the two leaders that our country badly needs as provided by the constitution,” offered the Bishops.

President Uhuru Kenyatta and Deputy President William Ruto have sustained an indifferent working relationship since the famous March 9, 2018, handshake between the President and the leader of opposition Rt. Hon. Raila Odinga.