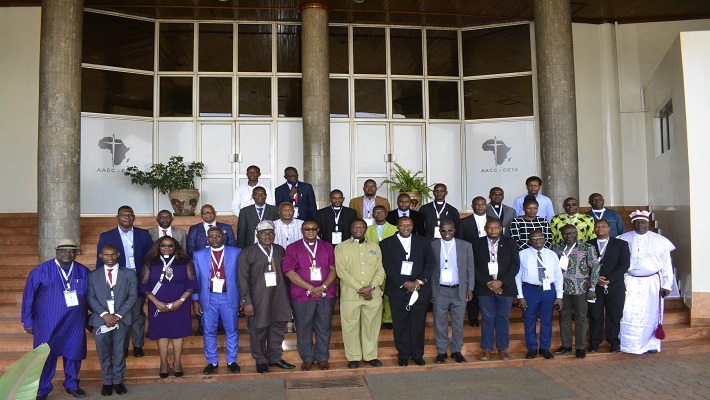 According to the Archbishop of the Church of Uganda, Most Rev Dr Stephen Kaziimba, the Bible challenges many of the assumptions that men use to justify their sense of entitlement over women.

“How I wish many of our pastors could preach this message,” he stated.

Rev Kaziimba was speaking on November 25, in Nairobi during the launch of the 16 Days of Activism against GBV at a function organized by the All African Conference of Churches (AACC) and its partners. The function was attended by clergy and gender activists from across the continent.

The General Secretary of the AACC, Rev Dr Fidon Mwombeki, called GBV a “stain on humanity.” He noted that some cultures and traditions see violence against women and children as okay.

“We have to do everything we can to stop this,” he stated.

According to the AACC Director of Gender and Women, Rev Dr Lydia Mwaniki, it was realized during the lockdowns caused by Covid-19 that children were safer in school than at home, as they had ended up being assaulted by relatives.

“Church leaders must take it upon themselves to do much more to fight GBV,” she noted, adding that there was not enough preaching on this matter from church leaders.

The 16 Days of Activism Against Gender-Based Violence is an international campaign to challenge violence against women and girls. The campaign runs every year from November 25, the International Day for the Elimination of Violence against Women, to December 10, Human Rights Day.

It was initiated by the first Women’s Global Leadership Institute, held by the Center for Women’s Global Leadership (CWGL) at Rutgers University in 1991. This year’s global campaign theme is: “Orange the World: END VIOLENCE AGAINST WOMEN NOW!” As in previous years, the colour orange will be used to represent a brighter future, free from violence against women and girls (VAWG).