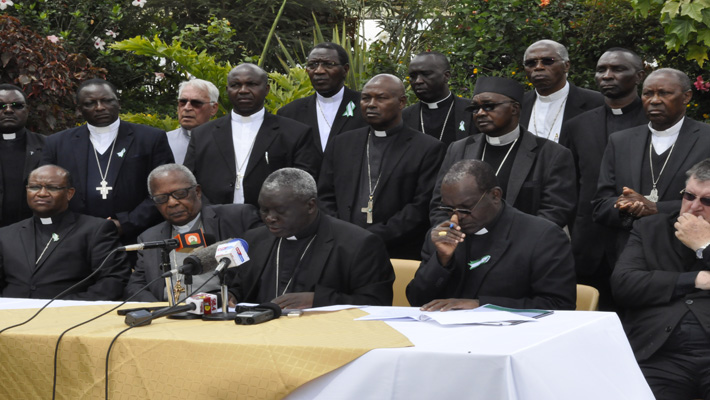 NAIROBI, JUNE 26, 2020 (CISA)-“The life of the unborn is human life and its termination is homicide,” the Kenya Conference of Catholic Bishops (KCCB) has said, urging legislatures to reflect upon the consequences of the controversial Reproductive Healthcare Bill on the moral fabric of the Nation.

“The wording of the Bill is deliberately ambiguous. It speaks of sexual and Reproductive Health and Rights, when in fact it simply wishes to introduce in Kenya unhealthy practices. In the past decades, these words have been redefined by various UN agencies to encompass controversial sexual and abortion rights, including for young children,” the bishops said in a June 23 letter addressed to Catholic Members of Parliament and other legislatures of good-will.

In the letter signed by Archbishop Philip Anyolo Chairman of KCCB, the bishops said they will not remain silent on issues that concern life, presenting sections of the bill the Church does not agree with.

According to the bishops the country should focus on how to prevent unwanted pregnancies through positive means like mentorship and behavior change programs, life skills and human sexuality programs with a closer attention to social issues that lead to poverty, illness, fornication, peer pressure and uneasiness among people instead of granting women permission to terminate life of the unborn as a solution to “their problems”.

“The term “age appropriate” was once an effective modifier that served to protect children from exposure to harmful and explicit sexuality education,” the bishops said noting that the term has become the most effective strategy used by sexual rights activists to get comprehensive sexuality adopted in policy and legislation.

“Age appropriate is used to engender a false sense of security in those who want to protect the innocence of children, and it has become meaningless. It is these sexual rights activists who are implementing sexuality programs for children who will determine the definition of “age appropriate”, not the policy makers who believe that the use of the term will protect children,” it adds.

According to the Bishops, the intensions of the bill are to promote a foreign agenda which require states to adopt policy measures to prevent unintended pregnancies and unsafe abortions.

The measures direct the states to guarantee all citizens access to affordable and effective contraceptives and comprehensive sexuality education no matter their age. Further the state should guarantee access to safe abortion services and quality post-abortion care and respect the right of women to make autonomous decisions about their sexual and reproductive health, thus excluding their partners, as captured in the statement.