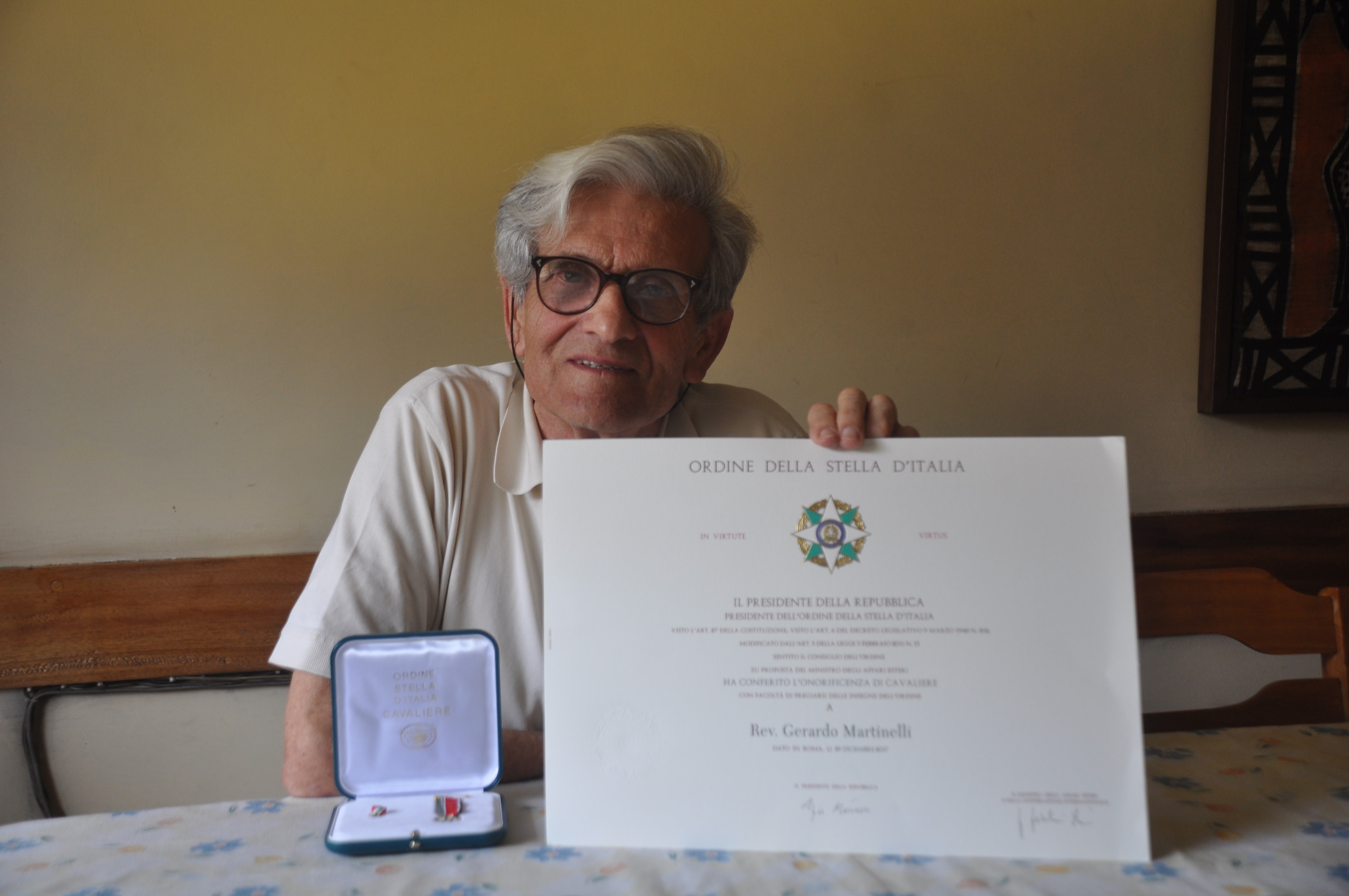 NAIROBI, JUNE 8 2018 (CISA)– Fr Gerardo Martinelli,  a Consolata Missionary working in Kenya, was on June 4 ,awarded the Order of The Star of Italy (Ordine Stella D’Italia), by His Excellency , Ambassador Mauro Massoni.

The award was given during the celebration of the National day of Italy, celebrated at the Italian Ambassadors’ residence in Nairobi. The celebration was dedicated to Blessed Leonella Sgorbati, an Italian Consolata nun, who worked in Kenya for over 30 years and was beatified May 26, at Piacenza, Bobbio, Italy.

The award, also called “Knight of the order of the star of Italy” is among the highest honours given to expatriates and Italian citizens who have displayed exemplary performance in the course of their life and in service of country and mankind, and promoting Italian excellence, culture and good relations internationally.

In his speech Ambassador Mauro Massoni who was also marking the completion of his three-year tenure in Kenya, recognized and thanked in a special way, Consolata missionaries for their many years of outstanding service to humanity in Kenya.

The event was graced by over 80 ambassadors from different countries to Kenya.

Fr Martinelli Gerardo, was ordained priest in Turin Italy, December 23, 1967 and has worked in Kenya since August 1972, mainly in administration, education, and care for the sick in various parts of Kenya.

In 2017 the Ordine Stella D’Italia was awarded to University of Nairobi Chancellor, Dr. Vijoo Rattansi, for promoting Italian culture and language.