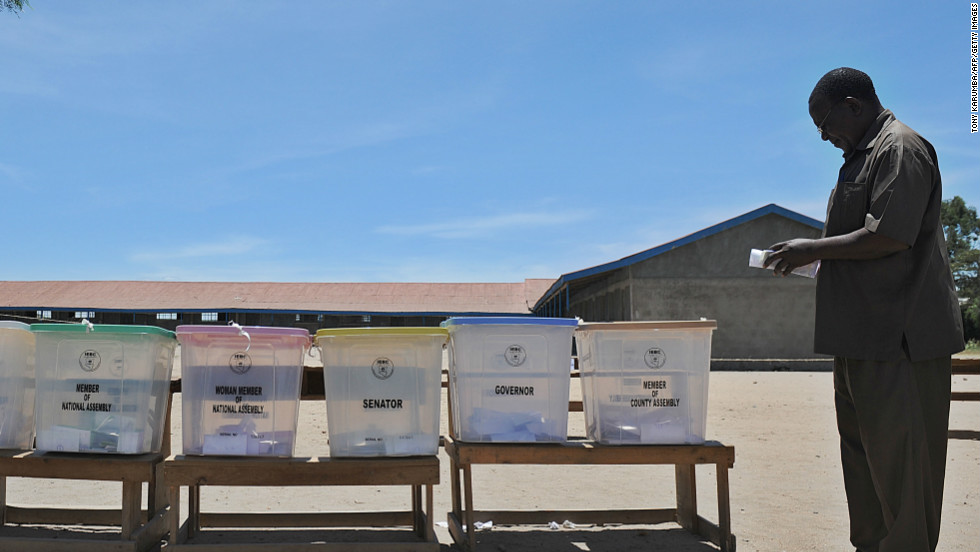 NAIROBI AUGUST 8, 2017 (CISA) – Kenyans have today gone to the polls to elect new leaders in national and county governments.

The national-level elections include races for president, members of the National Assembly, and the Senate. County-level races include those for governor (47) and members of County Assemblies (in 1450 wards).

Polling in majority of the polling stations began officially at 6am and were expected to end at 5pm, according to the Independent Electoral Boundaries Commission (IEBC).

A spot check by CISA revealed that polling stations were crowded from as early as 3am.

His Eminence John Cardinal Njue of Catholic Archdiocese of Nairobi voted at the NSSF grounds in Nairobi at 8:00 am.

According to George Githongo a Presiding Officer at St. Monica Academy Polling Center in Kajiado East Constituency, the process has been very well managed and peaceful.

“Here we have 44 polling stations serving about 36,500 voters and each poling centre is allocated about 693 voters. Everything has been working well including the identification machines and we have a lot of support from the staff including the security people,” he told CISA.

“This is a testament to the preparation by the IEBC and primarily because we have learnt from the past where the process was a bit chaotic,” he added.

The voting exercise was witnessed by local and international observers, media and political party agents.

“The only hiccup was the confusion of people who didn’t know where to queue, but we assisted them using the IEBC, SMS platform to find their polling stations,” said Robert Kioko a Political Party Agent at St. Paul Primary School at Mavoko Constituency, Machakos County.

Speaking at Old Kibera Primary School after casting his vote, Kenneth Okoth the incumbent Member of Parliament for Kibra Constituency, Nairobi County commended the voters for exercising their right to vote and the IEBC for conducting a good voting exercise and further urged them to do the same during tallying.

“We are calling on IEBC to do justice for Kenya and provide us with credible elections by making sure the votes are counted and tallied accordingly,” he added.

There are more than 19.6 million voters were registered voters in Kenya. About 362,858 polling officials have been hired for the polls while over 81,766 police officers are providing security.

KSh 49.9 billion were allocated for the elections making it the most expensive in the region.