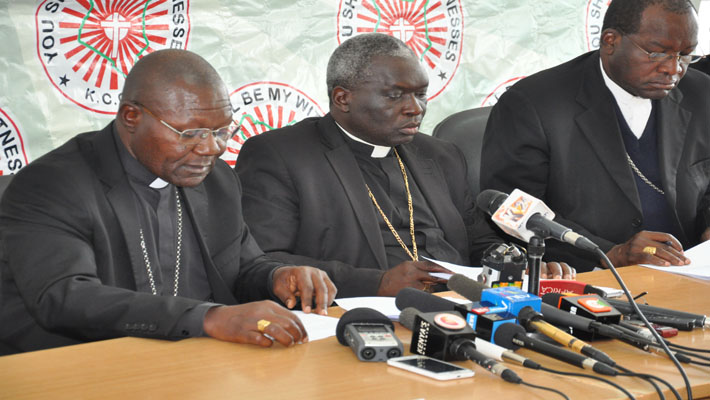 NAIROBI, NOVEMBER 27, 2018 (CISA) – The Kenya Conference of Catholic Bishops (KCCB) has called on politicians to detach the ongoing debate on referendum from the politics of 2022 presidential succession.

In their November 27 statement, the bishops told politicians to, “…restrain themselves and their supporters from incitement, and selfish ambitions, and instead concentrate on constructive dialogue.”

“The debate currently on a national referendum on the necessary reforms, should be structured so that the key issues for review are brought out and discussed openly and soberly to avoid polarization soon after the last elections,” reads the statement.

The bishops noted that they support an audit on the implementation of the 2010 constitution and advised that any discussions on the amendments should come from Kenyans further warning the public from debates which may cause dangerous political antagonism.

“We are encouraged that Kenyans are very attentive to the details of the constitution such as when election campaigns should start and end, the role of the three arms of government, the role of independent Commissions, the right of citizens, among others,” they said.

“The Catholic Church is open to any process that guarantees stability during and after General Elections, and a process that promotes the common good of Kenyans,” the bishops said.