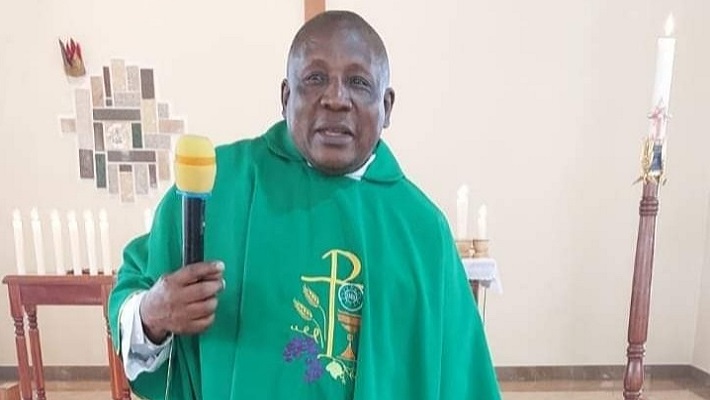 Ordained priest in 1994 for the Catholic Diocese of Machakos and after seven years, Fr Makau joined the military to serve as a chaplain. He joined as a cadet and went through rigorous training. He was later posted back to the Kenya Military Academy in Lanet.

He would accompany Kenya Defense Forces (KDF) on missions during which he provided moral support and pastoral and spiritual guidance to the soldiers. He also officiated marriages, baptisms and confirmation ceremonies for the officers.

Apart from the mission in Somalia, he was also part of the Kenyan mission to Burundi (KenBat 14) in 2005 and 2006, where he played a similar role.

Fr Makau has been with the 1st Battalion Kenya Rifles since late 2010 when he headed out with them to the Dadaab refugee camp.

Operation Linda Nchi (Protect the Nation) involved operations in Somalia. Kenya’s intervention was launched ‘to protect its territorial integrity from foreign aggression’ by the terrorist group Al-Shabaab. The move marked Kenya’s largest military operation since its independence in 1963.