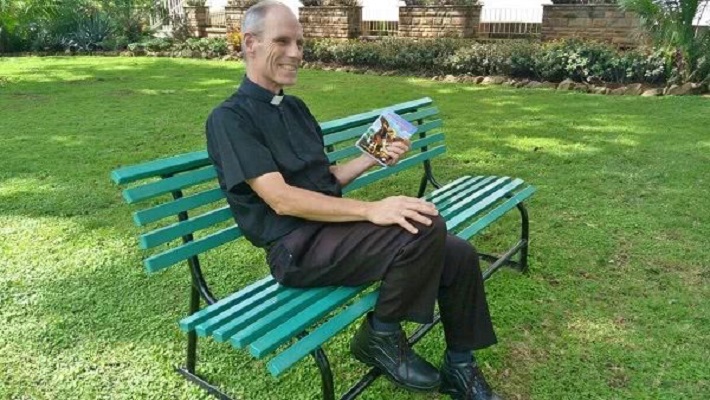 NAIROBI, MAY 17, 2022 (CISA) – “Don’t vote for politicians just because they call themselves Catholic. Vote for the person you think is most likely to make the right decisions and renounce corruption,’” says Fr Joe Babendreier, a member of the Opus Dei Prelature, in his recent column for The Seed on separating religion and politics and in answering the question “Should Catholics who incline toward public service be encouraged to enter the political arena?”

Fr Babendreier opines that it is just to encourage Catholics who want to join politics to exercise their will for representation, however, “it would be a mistake for any Christian to use his or her faith as a tool for winning elections.”

“This is why the Catholic Church prohibits politicians—even Catholic politicians—from addressing voters at funerals and other acts of the liturgy. As Jesus made clear when speaking to Pontius Pilate, the Kingdom of God “is not of this world” (Jn 18:37),” opines the Fr Babendreier.

A scholar in Sacred Theology from the University of Navarre (Pamplona, Spain), thinks “The task that confronts voters is not just about casting ballots in elections. Voters are never going to have the clarity of vision needed to choose a good leader—whether for president, senator, member of parliament or whatever—unless they are good citizens.”

He says Kenyans have a problem of putting too much hope in vanity, “We equate wealth with integrity. We envy the rich, without caring how they might have acquired their riches. Greed is no longer a vice to be condemned but a virtue to be admired. Even if there is a wise candidate who knows how to be a leader while also living a humble life, even if there is a candidate dedicated to serving the nation, moral blindness might lead us to vote, instead, for somebody more interested in accumulating cash in foreign bank accounts.”

In his article, he also urges people to reject political cynicism in that ordinary Christians, working in the middle of the world, are called by God to be saints just as much as any nun or any monk and that “The Church has given special encouragement to politicians and all those working in government affairs by publishing a document titled: Participation of Catholics in Political Life.”

Fr Babendreier says “God doesn’t want you to be cynical,” and calls on all Christians to” understand why many write off the possibility that a truly holy person, dedicated to God, can enter into politics.”

He advises that we need “to overcome the mentality, deeply ingrained among Christians for centuries, that anyone who takes sanctity seriously will abandon worldly affairs and become either a nun in a convent or a monk in a monastery.”

Fr Babendreier, however, points out that he cannot blame anyone in the current world who is cynical about politics. He agrees with the proverbial saying that in many situations people get the leaders they deserve.

“In conclusion, therefore, it is necessary to remember what our faith tells us about politics. Changing government does not start with changing laws, changing candidates or even changing constitutions. God did not send his Son into the world to change any of these things. Jesus did not die on the cross and rise from the dead to ensure that every man and woman would drive a Mercedes Benz and live in a mansion filled with the luxuries of life. “The Son of Man did not come to be served but to serve and to give his life as a ransom for many” (Mt 20:28). Our true homeland is in heaven,” he says.

Fr. Joe Babendreier is a priest of the Opus Dei Prelature. He has published hundreds of articles and several books, including A Question-Answer Catechism, AIDS Education for the Youth, Living a Drug-Free Life, Modern Values in the Works of G. K. Chesterton, and Faith Explained Today (popular edition and textbook edition). He is also a columnist for The Seed Magazine’s Faith Clinic.