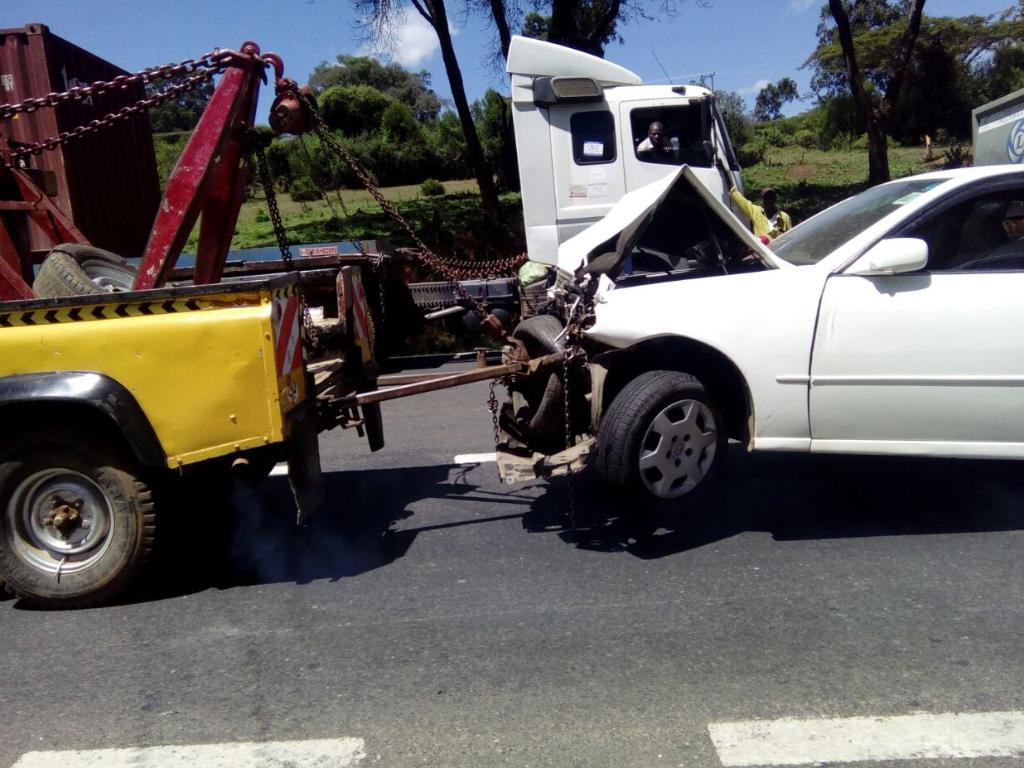 NAIROBI, DECEMBER 19, 2017 (CISA)-The government has put in place tough measures to curb road accidents during this festive season as statistics revealed that 180 deaths have occurred since December 1.

“All drivers causing death by dangerous driving will have their licences revoked and will face the death sentence murder,” Dr Fred Matiangi the acting cabinet minister of Interior Ministry said today.

Speaking during a joint press conference with the Ministry of Transport after concerns were raised over the alarming rise of casualties due to road carnage, he noted that his ministry will together with the National Transport and Safety Authority to ensure that the offenders are punished.

“NTSA will profile and create a database for all drivers of PSVs and heavy commercial vehicles. Those drivers who cause traffic offences will be blacklisted. Employers will be required to check the NTSA portal for driver history before employment,” said Dr Matiangi.

In his statement, James Macharia the Cabinet Secretary of Transport assured road users of the governments’ commitment in maintaining road safety.

“The government has mapped out risky areas in the Country. The National Police Service and NTSA have been directed to enhance surveillance and enforcement of traffic rules in these areas,” he directed.

Macharia issued instructions to the police and NTSA to ensure that Public Service Vehicles (PSVs) operating at night illegally are arrested and their owners and drivers be prosecuted.

In efforts to provide a long-term solution, the ministry has hinted on introducing new driving licences in a move to enforce the set traffic rules.

“New generation e-licences will be issued to all drivers starting January 2018 in a phased programme and priority given to Public Service vehicles. All drivers particularly PSV drivers will be retrained once more in a phased manner commencing January 2018. This will be done in all the various training centres and all accredited driving schools across the country and using the new competency-based curriculum,” he said.